By
KRISTINA REBELO Written for UPI

Chicago Cubs first baseman Leon Durham made eight errors in 1984. The last -- and most costly -- came in the fifth and final game of the National League playoffs in San Diego.

Tim Flannery's grounder slipped through Durham's legs in the seventh inning, allowing the tying run to score and ending another season in heartbreak for the Cubs.

The Cubs had taken a 3-0 lead on homers by Durham and Jody Davis. Then, in the fifth inning, Cubs second baseman Ryne Sandberg knocked over a big cooler of Gatorade in the dugout, soaking Durham's cap and glove.

'My glove was sticky and wet,' Durham told United Press International recently from his hometown of Cincinnati. 'It wasn't just a cup of Gatorade, it was the whole container. I felt that I was still capable of using that glove. I thought the inside would be OK. It wasn't waterlogged.'

Durham stresses that he does not blame Sandberg for Chicago falling one rung short of a World Series trip. He didn't even known at the time that it was Sandberg, the 1984 Most Valuable Player, who knocked over the lime-green juice.

'I didn't know who did it,' he said, 'but I know it wasn't done intentionally. I hate to have Ryne's name brought up.'

Sandberg had his own problems later in the same inning when he let Tony Gwynn's smash bounce off his glove for a two-run double.

Videotape of the final game shows Durham visibly uncomfortable at first base. He appeared distracted and fidgety.

'I got down on the ball and covered it and the next thing I saw was the ball going out to right field -- it just happened,' he said. 'My glove was sticky, sticky, sticky.

'I don't think it's my fault. I produced the whole year. I gave it my best, that's all I could do. We did have two more opportunities to go back in.'

The Padres won 6-3 and went on to lose the World Series to Detroit in five games.

'It wasn't one error here or one play there that beat us. We won as a team and we lost as a team,' Cubs center fielder Bob Dernier said at the time. 'To say that we lost and Leon's error was a big reason isn't accurate. If it wasn't for Leon Durham, none of us would even have been here.'

Durham, 34, last played in the majors in 1989 with St. Louis. He had a stint in the Mexican League earlier this year before having back arthroscopic surgery to remove a bulging disc in his back. He says he has fully recovered and plans to play winter ball in Puerto Rico.

'I'm 110 percent ready to become Comeback Player of the Year next season,' he said.

'We were one game away from the World Series,' he said. 'It's something I'll never forget, that's for sure. If it happened today, I'd still take the same glove and not my backup (glove) because you've got to go to war with your best.'

'It just went through my legs,' he said.

U.S. News // 12 minutes ago
Nearly 4 million in Northeast without power after Isaias; 6 dead
Aug. 5 (UPI) -- Close to 4 million customers in the northeastern United States still didn't have power Wednesday morning after Tropical Storm Isaias passed through on its way to Canada.

World News // 1 hour ago
At least 100 dead in Beirut explosions; recovery could cost $5B
Aug. 5 (UPI) -- Authorities in Beirut have increased the death count from the devastating explosions on Tuesday to at least 100, while one official said Wednesday it could cost Lebanon's capital about $5 billion to recover. 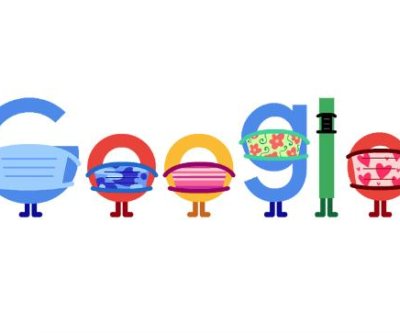 Health News // 2 hours ago
Google promotes wearing a mask in new Doodle
Aug. 5 (UPI) -- Google is urging users to wear a mask during the COVID-19 pandemic in a new Doodle.

Health News // 6 hours ago
Study questions benefit of cholesterol drugs
Hundreds of millions of people worldwide take cholesterol-lowering drugs, like statins, but now a new review suggests that many folks don't benefit from these medications.

Health News // 8 hours ago
Cancer diagnoses drop as many skip screening due to COVID-19
As COVID-19 continues to impact nearly all aspects of American health care, researchers warn that the United States has seen a troubling drop in cancer diagnoses since the pandemic began.