WASHINGTON, Aug. 19, 1991 (UPI) - Members of Congress, in a rare show of unity, denounced Monday the ouster of President Mikhail Gorbachev and made it plain that U.S. trade concessions, farm credits and ratification of the START nuclear treaty are in jeopardy.

With most members scattered for the August recess, reaction to the stunning coup was slow in developing and a lack of information made most of them very cautious in their remarks.

But they agreed that the overthrow of Gorbachev posed new -- still unknown -- problems for the United States and an apparent abrupt end of the Soviet Union's march to democracy and a free market system.

''The position of the United States must be unambigious and clear in response to this full-scale system-wide coup,'' said House Democratic leader Richard Gephardt, Mo. ''Just as we would reward the Soviets for reforming, we will rebuke them for stepping back.''

''Specifically, this means no movement on either the most-favored- nation trade status or the START treaty, both of which are good agreements, either of which can go forward at this time,'' Gephardt said, also calling for ''measured responses'' if there is violence or if borders and treaties are not honored.

Senate Democratic leader George Mitchell said the overthrow would affect consideration of most-favored-nation trade status for the Soviet Union, adding, ''I do not believe the United States should now reward those who have acted illegally by approving this agreement.''

Sen. Bill Bradley, D-N.J., said, ''The United States should not continue business as usual with Soviet dictators that deny citizens their democratic rights and follow a path of brutal repression.''

Sen. Joseph Lieberman, D-Conn., said, ''Helping the Soviet Union either directly or indirectly through trade agreements or other aid and financial guarantees is out of the question as long as Soviet reactionaries are making a last gasp effort to resurrect the failed communist past.

''The ghost of Josef Stalin stands like a specter over Moscow,'' he added.

Senate Republican leader Robert Dole said, ''The key policy points for the United States with any Soviet regime are that it must stick to existing arms control agreements, and that it continue to withdraw its troops from Eastern Europe, with no hedging or delay.''

Sen. Dennis DeConcini, D-Ariz., said President Bush should make it clear to the Soviet Union there would be a U.S. response if the Soviet Union moves troops into Eastern Europe or the Baltics.

If that happens, DeConcini said, he would urge NATO to go on alert and cancel the planned reduction of 70,000 troops ''as a clear signal against any type of military threat.''

Sen. Richard Lugar, R-Ind., a former chairman of the Senate Foreign Relations Committee, called for ''calmness and leadership,'' saying on NBC, ''It's very important that the world not get into anxiety and panic.

''Certainly, this is a setback for the people who love freedom ... but it's one in which the United States, it seems to me, is fully in control.''

Sen. Sam Nunn, D-Ga., chairman of the Senate Armed Services Committee, said the new Soviet rulers have ''no legitimate claim to govern and merit neither our support or our recognition.''

Rep. William Broomfield, R-Mich., ranking Republican on the House Foreign Affairs Committee, said, ''The Western Democracies should draw a line in the sand. We should make it clear right now to the new junta that Soviet actions in Eastern Europe in the next few days, particularly its actions in the Baltics, will set the course of U.S.- Soviet relations for a long time to come.''

''The people of the Soviet Union must understand that they will have no help from the West in coping with their economic woes and lifting their living standards, if there is a backward turn to tyranny and repression in their country,'' said Sen. Alan Cranston, D-Calif.

Rep. Ronald Dellums, D-Calif., said, ''We shall have to wait and see if, and to what extent, they intend to roll back to social reforms that Gorbachev has been able to accomplish in the past several years. Above all, there must be no return to the expensive and unstable era of the Cold War.''

Rep. Trent Lott, R-Miss., said he has warned in the past that the United States has put ''far too much dependence'' on Gorbachev in developing policy with the Soviets and ''we have reduced our defense capabilities too fast based on that relationship.''

Rep. Dave McCurdy, D-Okla., new chairman of the House Intelligence Committee, said Congress should not have been surprised by the coup and that ''clear warnings'' had been given by the Democratic reform movement.

''We must now ask whether President Bush will put his weight behind the Democratic reform movement or will he repeat a tendency displayed in the past and kowtow to the powers to be in Moscow,'' McCurdy said.

U.S. News // 5 hours ago
Asteroid 3 times taller than Niagara Falls to zip past Earth on 1st day of fall
Astronomical autumn kicks off on Wednesday afternoon, and the start of the new season will coincide with an asteroid larger than the Statue of Liberty swinging past the Earth.

Health News // 8 hours ago
Consuming dairy fat may not increase heart disease risk, study finds
Sept. 21 (UPI) -- People with diets high in dairy fat are at lower risk for heart disease than those who consume less fat from milk-based foods, a study published Tuesday by the journal PLOS Medicine found. 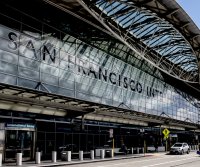