COLLEGE STATION, Texas -- Texas A&M basketball coach Kermit Davis Jr., whose first season was marred by an investigation into alleged NCAA recruiting violations and a school-record 21 losses, will respond Friday to an expected request by the university to step down.

After a six-hour meeting between Davis and university officials, Texas A&M released copies of an internal investigation conducted by school vice-president Robert Smith into the alleged rules violations and concluded there was a 'pattern of activities which are contrary to university, NCAA and (Southwest Conference) standards of conduct.'

The report of almost 100 pages said the conclusions 'and other specific findings included in the report demonstrate a pattern of activities that are unacceptable ... The university has reached its decision with respect to the head coaching position.'

Davis's attorney, George Parnham of Houston, said Davis will announce Friday his response to the university's request. Davis did not comment.

'He (Davis) charged that the report does not establish intentional violations of major rules that justify his termination,' Parnham said. 'A lot of smoke has been created by the media surrounding Kermit Davis and Texas A&M, as the report properly assesses. There were mainly wild, unproven charges, many of which were made by a disgruntled Tony Scott, admittedly for the purpose of trying to get A&M on NCAA probation to transfer.'

Scott, a transfer from Syracuse, alleged Davis violated NCAA rules by using the services of Robert Johnson, a talent scout, to recruit him. Davis has denied the allegation.

'Any objective review of the whole situation can only lead to the conclusion that while Kermit Davis may not have acted wisely in his relations with Robert Johnson, he did not believe he was engaging in rules infractions,' Johnson said. 'In conclusion, the report fails to evidence any intent on Kermit Davis's part to violate any rule or regulation of the NCAA or Texas A&M.'

The Aggies finished the season with only seven scholarship players and a 7-21 record, the school's worst mark since 1955. Thirteen players, including Scott, who had been counted upon to be on the team either never joined, left school, were kicked off the team for academic or disciplinary reasons, or missed the season because of injury.

Davis, 31, was hired last April after Athletic Director John David Crow fired the popular Shelby Metcalf. He had signed a four-year contract that pays him $127,000 a year and includes a clause that the agreement can be terminated at any time if violations are uncovered.

Texas A&M said most of the issues in the investigation, which has been forwarded to the NCAA, revolved around Johnson, who 'became a representative of the institution's basketball interests as evidenced by: his being contacted initially by Coaches (Fletcher) Cockrell and Davis; over 500 documented telephone calls among Johnson and Davis ... Johnson accompanying a transfer student recruit on his officials campus visit and on the return trip to the recruit's home.'

'These and other specific findings included in the report demonstrate a pattern of activites that are unacceptable to the University,' the report said.

Parnham, in a letter to Texas A&M President William Mobley, said 'the report is lacking in specifics and in overall perspective in a number of significant areas, and as a result thereof should not be considered legally sufficient to provide the basis for the firing of Coach Davis.'

Parnham said the report accused Davis of authorizing an $8 payment to a potential recruit's wife so she could submit a financial aid package, allowing Johnson to travel to College Station for a job interview at the same time as Scott's visit, and permitting Johnson to sit in on an interview with another prospect.

Mobley, who forced Jackie Sherrill to resign in 1988 as head football coach after the football team was placed on probation, has said he would not tolerate any further controversy in the athletic department. He reportedly asked for Davis's resignation Tuesday.

Davis reportedly was to have been fired by Tuesday but was granted a two-day stay after a 1 1/2-hours meeting with Mobley and other university officials so he could study the report.

Davis came to Texas A&M from Idaho, where he guided the Vandals to back-to-back NCAA appearances. He took over at Idaho at age 28, which made him the youngest head coach in NCAA Division I.

Among the names being mentioned as a possible replacement for Davis are John Thornton, a former assistant to Metcalf and current administrative assistant to Athletic Director John David Crow, and Texas assistant Jamie Ciampaglio. 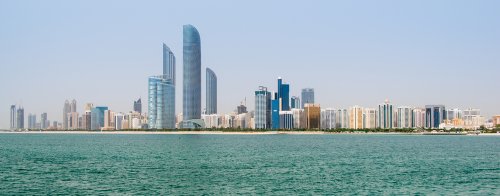 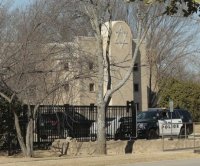 World News // 5 hours ago
China decides not to sell tickets to public for Winter Olympics in Beijing
Jan. 17 (UPI) -- The Beijing Winter Olympics Organizing Committee announced Monday that tickets will not be sold to the public but will be distributed "exclusively" to residents of the country who meet strict COVID-19 requirements.
Advertisement