BELGRADE, Yugoslavia -- Yugoslav Prime Minister Ante Markovic announced Friday a 22.2 percent devalution of Yugoslavia's currency and limits on public spending and salaries for 1991, warning anew of disaster if the recalcitrant leaders of the republics continue undermining his Western-style reforms.

'Yugoslav society is at a crossroads and the next year is crucial. By unilateral actions and measures in the individual republics, the integrity of the country is endangered,' Markovic said in presenting his economic plan for next year to Parliament in a nationally broadcast speech.

'If these processes continue, we will enter into chaos,' he said, noting that Western nations view Yugoslavia's tangle of ethnic, political and economic tensions as one of the gravest sources of instability facing Europe.

Reaffirming views that 65-year-old reformer is the only politician with the ability to lead Yugoslavia out of its deepest crisis since the 1945 Communist takeover, the legislature's Chamber of Republics and Provinces voted to extend its own mandate, automatically renewing Markovic's 20-month-old tenure, which was to have expired Monday.

The extension will be effective until multi-party elections to the Parliament's Federal Chamber are held, probably by May. The six republics nominate members to the second house.

All six republics have now held their first multi-party elections since World War II, but the outcomes have further complicated the nation's problems, bringing nationalists to power in Slovenia, Croatia and two other republics and maintaining Communist rule in Serbia and Montenegro.

Markovic urged that his 1991 plan be implemented until the resolution of a festering dispute over whether the federation of six republics be retained, as demanded by the largest, Serbia, or converted into a confederation of independent states, as sought by Slovenia and Croatia, which are threatening to secede.

Western experts expressed doubt whether Yugoslavia can be pulled out of its political and economic morass, which has helped fueled fears of disintegration into civil war or intervention by the Communist-led military.

'It is difficult to see how you can stitch back the threads of reform into a quilt, let alone into a whole piece of cloth,' said a Western diplomat.

Detailing his proposals, Markovic said that as of Jan. 1, the dinar, Yugoslovia's monetary unit, would be devalued by 22.2 percent.

The republics have been complaining that the rate was artifically high and has severely restricted exports, hurting their already- precarious finances. Many experts had anticipated that Markovic would offer devaluation in return for the republics supporting his reforms and ending destablizing over-spending.

He appeared to have attempted a compromise, whereby he reduced the dinar short of the levels sought by the republics, but enough to satisfy their demands at the same time as seeking to avoid rekindling hyperinflation.

Other aspects of the plan were also geared toward avoiding the inflationary pressures of a lower dinar, including a federal budget of $14.5 billion, about $1 billion less than anticipated, and a monthly spending cap for the republics and federal government totalling about $4 billion.

Markovic also called for a freeze on salaries in state enterprises, save for profit-making industrial units. Failing industries would have to cut pay to 10 percent below the average wage for the July-November period.

Markovic said that the limits were required because of refusals by the major republics over the past six months to observe spending levels mandated under his anti-inflation policy, a keystone of the reform program launched last January.

He said the republics had spent $3.7 billion more for salaries than was authorized.

The prime minister also disclosed the federal government was taking undisclosed republics to court to force them to pay $1.1 billion in contributions they have withheld from the federal budget, describing their actions as 'a crime.'

The republics' behavior reflects their serious fund shortages, which Western experts blame primarily on their resistance to Markovic's calls for sweeping privatization of their enterprises, requiring an end to the country's moribund Marxist-variant economic system, known as self- management.

The system has been abused for years by political bosses to maintain their power by having banks pour money into enterprises, regardless of whether they were profitable or not.

Markovic is trying to end the system by prohibiting the printing of money and taking other free market-style steps that have forced the closures of hundreds of failing enterprises and banks, which have accumulated debts totalling $13 billion.

Several republics are believed to be close to bankruptcy. The Communist-controlled assembly of Serbia, the largest republic, on Friday passed an emergency package of new taxes and tax hikes totalling $1.9 billion to fund salaries, pensions and other so-called social benefits. 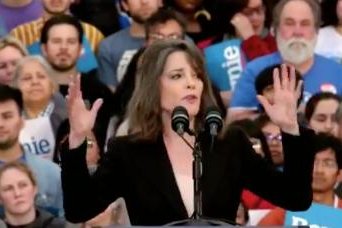