MIAMI -- Last spring was an agonizing time for Russell Maryland.

The University of Miami defensive tackle had graduated with a degree in psychology and was trying to decide whether to turn pro by joining the supplemental draft or return to the Hurricanes for a fifth year.

With some urging from Coach Dennis Erickson, he decided he had something more to prove in college and came back for his fifth year. Apparently, he made the right move, and Wednesday he was named Lineman of the Year by United Press International.

'You have to look at it as a great accomplishment, as kind of a payoff for all the work and everything I've put into it last five years, ' Maryland said. 'It's a great honor.'

It was his second postseason award. Last week in Los Angeles, the 6- foot-2, 273-pounder from Chicago won the Outland Trophy as the nation's top lineman.

A master of moves on the defensive line, Maryland enjoyed a spectacular final. He finished with 96 tackles, 10 sacks and 19 quarterback hurries.

His finest game may have come in a 29-20 loss to Notre Dame in which he rolled up 20 tackles and a sack to only four tackles for Irish nose tackle Chris Zorich, winner of the Lombardi Trophy for defensive players.

'That was one of my best,' Maryland said. 'Every time we go and play in South Bend I seem to do well. In the 1988 season, the first season I started, I had a good game. My parents were there, along with lot of people I knew. This year I had made up my mind to equal or top that performance and I got all those tackles and made good plays.'

Four games later, in his last game at the Orange Bowl, Maryland turned in another outstanding performance in a 33-7 victory over Syracuse. He was credited with 11 tackles and three sacks. One of the tackles came 20 yards downfield, catching a Syracuse player who had broken into the Miami secondary.

'I don't know than I've ever seen a guy dominate a football game like Russell did,' Erickson said of the Syracuse game. 'It had to be the best performance on defense that I've ever seen.

'I believe that they just don't come any better than Russell. For the past two years he has graded out as the most consistent of all our defensive linemen.'

That is saying a lot because last year the Hurricanes had what many called the best defensive line ever with Cortez Kennedy, Greg Mark, Willis Peguese and Maryland.

Maryland likely will be drafted among the top 10 players in the NFL draft next spring.

'I think I play the run a lot better than I rush the passer,' he said. 'I'ma gap player. I try to play my gap, and if I can I make plays from sideline to sideline. With both the run and pass rush, I have to improve. You can always improve.'

Maryland has been an asset to the Hurricanes off the field as well. For three years, he has been considered the team's conscience, repeatedly admonishing teammates that studying comes before partying.

'Russell is a blessing,' said Shane Curry, the other starting tackle and Maryland's roommate. 'He's a good influence, keeping my head where it needs to be.'

Maryland graduated on schedule in four years and is working on a master's degree in psychology with an eye toward a Ph.D when he finishes playing professionally.

'This season I wanted to impress,' he said. 'And graduate courses -- they aren't at all easy. It added extra pressure on me.' 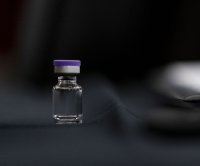 Odd News // 3 hours ago
Packers' Aaron Rodgers explains reason for long hair, cites 'hero'
Sept. 23 (UPI) -- Green Bay Packers quarterback Aaron Rodgers has a specific reason for his rugged appearance this NFL season, which includes long hair and an unshaven face. He plans to dress up like one of his "heroes" for Halloween.