Funeral for slain teen as history of suspect emerges

KINGSTON, Mass. -- Mourners overflowed a church Saturday for the funeral of a 13-year-old girl found partially clad and buried in her neighbor's basement, as new reports emerged about his history of sexual assaults.

About 150 family members and close friends of Melissa Benoit crowded the First Parish Unitarian Church, a simple white New England church with a bell in its spire. Hundreds of other mourners huddled outside to hear the Rev. Walter Braman's 40 minute service broadcast on speakers.

Pink ribbons, which adorned trees during the southeastern Massachusetts town's massive search for Benoit, decorated the green outside the church.

'Melissa was one fiber warp and woof of the fabric of our lives,' Braman said, using weaving terms metaphorically. 'This fiber was cut short, but it remains strong.'

The Benoit family arrived in a limosine and said nothing while entering and leaving the church. Occasional sobs and prayers went up from the clusters of mourners outside the church.

Braman urged mourners to remember the strong community response to Benoit's disappearance, the 'love and hope' of the 11-day ordeal, rather than letting the episode's 'cynicism and fear' triumph.

Henry Meinholz Jr., 52, was arrested Wednesday shortly after Benoit's body, clad in only a pink T-shirt, was found in a shallow grave in the basement of his home.

While a cause of death has not been conclusively determined, court documents revealed an autopsy found 'injuries consistent with sexual assault' and bruises 'consistent with a struggle prior to death.'

Reports indicated Benoit was bound with rope around her body and one of her hands.

Meinholz, 52, a bookkeeper for a lumber company and a church deacon, pleaded innocent at arraignment Thursday and was ordered to undergo psychiatric testing.

His attorney, Jack Atwood, said Meinholz was questioned by the FBI earlier this month and 'made certain disclosures about other crimes he may have committed.'

Published reports quoted unnamed sources as saying Meinholz told investigators he raped a young woman at knifepoint at a fair in nearby Marshfield about 10 years ago, masturbated while watching school-aged girls, made obscene phone calls and followed school buses to watch young girls.

He also reportedly admitted to three decades of molesting children and told investigators of a history of incest in his family.

Atwood has said his client remembered nothing about the Benoit slaying and has had out-of-body experiences in which he sees himself in other places, and recurring nightmares about being in a crypt or coffin.

Police questioned Meinholz after an officer recalled Meinholz was accused in 1979 of molesting one of his two daughters, who are now adults no longer living at home.

State welfare workers reportedly removed the daughter from the home in October 1979 for two months after substantiating a report of abuse against Meinholz.

Meinholz reportedly failed a lie detector test when questioned about Benoit's whereabouts last week. Police then obtained a warrant to search his home.

Police dug up two areas of Meinholz's yard Thursday and Friday in search of more bodies but stopped searching and said they only found more evidence in the Benoit case.

State police said Meinholz is not considered a suspect in any other slaying.

Benoit, a soft-spoken eighth-grader at the Sacred Heart School, vanished Sept. 15 after spending the afternoon watching television at another neighbor's house. She is believed to have left that house, 50 feet from her own, to visit the grave of her father, who died one year ago last week.

Meinholz, a deacon at the First Baptist Church in Plymouth, and his wife lived next door to Benoit and were among scores of neighbors and friends who combed the town of 4,300 residents looking for the missing girl. 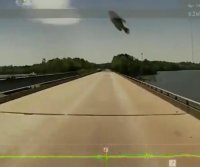