Elvis Presley as a teenager was a shy, pimply-faced...

MEMPHIS, Tenn. -- Elvis Presley as a teenager was a shy, pimply-faced and lonely boy whose mother walked him to school until she convinced two neighborhood boys to watch after him, says the author of a book about the rock 'n' roll legend.

And Jimmy Denson, who served as the rock 'n' roll legend's bodyguard during Presley's years at Humes High, said he is writing a book about Elvis's early years because he is tired of the 'King' being worshipped.

'I'd love for it to be the last one (book) written about Elvis,' said Denson, 62, who now lives in Memphis after some time as a private investigator in Houston. 'That's why I've waited so long. No one who ever knew him could idolize the person I knew.'

Denson, who calls his book 'The Untold Story of Elvis: The Lauderdale Court Years,' said he expects to find a publisher soon and hopes for publication by 1992.

He is writing it for his friends who grew up with Elvis in a Memphis housing project and watched him grow into a larger-than-life figure. Denson plans to donate 90 percent of the proceeds of the book to charity.

'I'm not doing this for greed,' he said. 'If I was, I could have sold this story years ago.'

'No one child in the Lauderdale Courts thought they were beneath Elvis. He was the last person on Earth destined for success,' Denson said.

Denson's parents, who were Pentecostal preachers, moved to Lauderdale Courts in 1947, one year before Vernon Presley brought his wife Gladys and son Elvis from a shotgun shack in Tupelo, Miss. The Presleys attended the Densons' Poplar Street Mission.

Denson vividly remembers the first time he saw the 12-year-old Elvis, in January 1948.

'I knew at first glance, when I saw him hanging on to his mama's hand, that he was a tragic figure. He was taunted and screamed at by the other children who called him a mama's baby, and when the acne began, it was even worse,' he said.

Gladys Presley stopped walking her son to school one day when she had a doctor's appointment and asked Denson and his brother, Jesse Lee, to walk Elvis to school. After that, the Denson brothers, who both had won trophies as amateur boxers, became Elvis's personal bodyguards and mentors.

The Denson brothers also taught Elvis how to play the guitar and sing, but it was a struggle, Denson recalled. Denson's account of Elvis's introduction to music differs with others who say Elvis's uncle first taught him guitar.

'Gladys Presley made every move for him. She made a deal with my mother that when they could save enough money to buy a guitar, my brother could teach him. Jesse Lee didn't want to do it. He said he would have to fight everybody in north Memphis if he had to teach Elvis.

'But my mother made him do it. It took years for him to learn a dozen chords. Jesse Lee also taught him how to sing without the corn in his mouth. He spoke using guttaral words and it took him two years to answer questions with a full sentence,' Denson said.

'All he could do was copy. He never wrote a song in his life. He had to hear the songs and then he could sing them,' Denson said.

'No girl would speak to him,' Denson said. 'His mother once forbade him to play with one girl because she was too rough and tough. But he loved every pretty girl, even at a distance.'

Betty McMahan, who casually dated Elvis for about five years, was more of a buddy to him, but Elvis became furious when they broke up, Denson said. 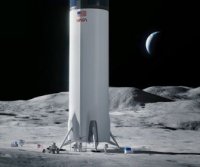 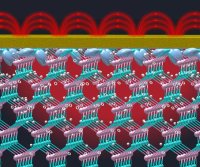 Senators unveil bipartisan infrastructure bill with $550B in new spending