Dinkins and a host of other Democrats were victorious in most major mayoral races around the nation.

Dinkins, 62, a longtime warrior in the trenches of New York's often contentious establishment politics and a patient coalition builder who promised to bring healing to the racially polarized Big Apple, overcame Jewish fears of his association with Jesse Jackson and apparently won the one-third of the white vote he needed to enter Gracie Mansion as Mayor Ed Koch's successor.

With 97 percent of the votes counted, Dinkins had 51 percent to 47 percent for Giuliani.

In Houston, Mayor Kathy Whitmire raced to a landslide victory in her bid for a fifth consecutive term in office, easily defeating former two-term city leader Fred Hofheinz. With 293 of the 479 precincts counted, Whitmire had 95,848 votes, or 60.6 percent. Hofheinz, who served two terms in the 1970s, garnered 54,667 votes, or 34.5 percent.

Generally, it was a bleak day for Republicans seeking to run cities.

The racefor the top job in the Big Apple was a contentious and bitter battle that attracted national attention as Giuliani -- who has never held elected office -- struggled against a huge Dinkins lead in the early days of the campaign.

Giuliani, seeking to overcome a 5-1 Democratic advantage among New York voters, sought to capitalize on questions of Dinkins' integrity as well as the black Democrats' refusal to repudiate his friendship with Jesse Jackson. That friendship was a sore point among Jews, who make up more than 20 percent of the city's voters.

While Giuliani's campaign attacking Dinkins bore some fruit, more recent polls showed Dinkins regained Jewish support by playing up his theme that he is the candidate most capable of healing a city deeply polarized by racial tension.

Elsewhere, Mayor Coleman Young of Detroit, who has held office since 1973, coasted toward an unprecedented fifth term.

Barrow, however, was refusing to concede defeat and Young had not formally claimed victory at evening's end.

In Minneapolis, Democratic Mayor Donald Fraser, a former congressman who has served as mayor for 10 years, handily defeated Jens Peterson by a 4-1 margin.

But in Connecticut's largest city, Bridgeport, the GOP scored an upset victory with Republican Mary Moran ousting Democratic Mayor Thomas Bucci, plagued by the city's financial problems and divisions within his own party.

Mayor James Griffin rolled to victory in a historic Buffalo, N.Y., election. With 13 percent of the ballots counted, Griffin, 60, captured 80 percent of the vote, to 13 percent for Assemblyman William Hoyt, who abandoned his campaign two months ago but remained on the ballot.

And in Ithaca, N.Y., Democrat Benjamin Nichols, a member of the Democratic Socialists of America party, was elected mayor by a slim margin over his Republican opponent, Jean Cookingham.

With all precincts counted, Nichols had 2,630 votes to Cookingham's 2,428 votes.

Health News // 1 hour ago
CDC: More than 40% of U.S. adults are obese
Feb. 26 (UPI) -- More than 40 percent of American adults are obese, according to data released by the U.S. Centers for Disease Control and Prevention's National Center for Health Statistics on Thursday.

U.S. News // 8 hours ago
6 dead including gunman in Milwaukee shooting at Molson Coors
Feb. 26 (UPI) -- Six people died, including the suspected gunman, in a shooting Wednesday at a Molson Coors campus in Milwaukee, local authorities said.

Health News // 8 hours ago
Adult boosters for tetanus, diphtheria may be unnecessary
Countering a U.S. government advisory, a new study suggests that adults may not need regular booster shots for tetanus and diphtheria if they received a complete vaccination series as children. 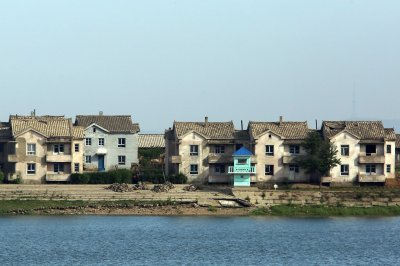