The game was billed as a duel between Friesz and Northern Arizona's Greg Wyatt.

Friesz won the quarterback contest as he repeatedly riddled the Lumberjacks' zone defense for 427 yards in completing 21 of 33 passes for the five scores.

Wyatt, the conference all-time leader in completions and attempts, threw for 310 yards on 28-of-40 passes and two touchdowns. Wyatt, in surpassing the 9,000-yard mark, now has 786 career completions, passing Mark Hermann of Purdue (772), John Elway of Stanford (774), Kevin Sweeney of Fresno State (780) and Iowa's Chuck Long (781) to become No. 7 on the all-time NCAA list.

Ben Bennett of Duke is Wyatt's next target with 820. At the top is Neil Lomax of Division II Portland State with 938.

Northern Arizona running back Edmond Bardwell rushed for 190 yards on 23 carries and a 5-yard touchdown run, as he continued in place of starter Lavon Worley.

Idaho scored on three of its first five possessions, building a 21-0 lead with 6:48 left in the first half. NAU finally scored on Bardwell's run with 3:38 left in the half.

Science News // 35 minutes ago
98% of videos hashtagged '#alcohol' on TikTok portray drinking in a positive light
Sept. 22 (UPI) -- Half of all TikTok users are between the ages of 16 and 24, and 7 in 10 teens say they regularly use TikTok. The authors of a new study are concerned all those young people are getting the wrong impression of alcohol.

U.S. News // 1 hour ago
Federal marijuana legalization could tax drug back to the street, experts say
PORTLAND, Ore., Sept. 22 (UPI) -- The cannabis industry and its allies worry that federal legalization will come with higher taxes that'll put smaller companies out of business and send consumers back to the unregulated market. 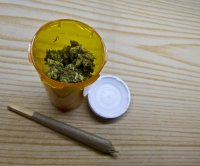 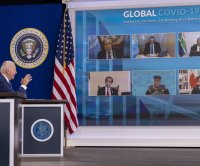 U.S. News // 2 hours ago
U.S. to double global shipments of COVID-19 vaccine doses to over 1 billion
Sept. 22 (UPI) -- President Joe Biden will announce on Wednesday that the United States is doubling its commitment to buy hundreds of millions of Pfizer's COVID-19 vaccine and ship them to other nations, White House officials said.