SAN DIEGO -- A suicide note written by the postal worker who killed his wife and two of his co-workers earlier this month, then shot himself, apologized to his children for the rampage and told them, 'Don't let this destroy your lives,' the man's stepson said Thursday.

The undated one-page note, addressed to John Merlin Taylor's grown sons and signed 'Love, Old Dad,' was found in one of his jackets by his stepchildren, who turned it over to police, said Michael McMullen, the eldest son of Taylor's slain wife, Elizabeth.

McMullen said he and his brother and sister decided to release the contents of the note and speak out about the incident because postal officials had 'very unfairly' blamed Taylor's rampage on family conflicts.

According to McMullen, Taylor began the five-paragraph note by saying, 'If you get this, I'll probably be dead' and went on to tell his sons, 'I'm sorry I've just done what I've had to do.'

While he was vague about the source of his anguish, Taylor said he was 'hurting' and was 'ready to go,' adding that unnamed persons 'have given me a reason.'

Taylor instructed his children to 'talk to Bob Rutledge,' a neighbor and former co-worker, and ended the note by saying, 'Don't let this destroy your lives. I love you all.'

Rutledge told the San Diego Union that he and Taylor had discussed 'the extreme stress of the job -- I retired after 32 years in the Postal Service. I was happy I got out alive.'

Rutledge said Taylor 'told me about severe harassment he felt there. Although he was a model employee, he was feeling the heat. He told me, 'I hope to God I can make it to retirement.''

The note was given by Escondido police to a Postal Service document laboratory to analyze the handwriting and search for fingerprints, Lt. Earl Callander said.

Calling the letter 'a purported suicide note,' Callander refused to identify it as Taylor's or discuss its contents. McMullen, however, said his stepfather was definitely the author.

'There's no doubt that it's John Taylor's note. As soon as his son saw it, he said, 'That's my dad's handwriting,' said McMullen.

Taylor shot his 50-year-old wife to death early on the morning of Aug. 10 as she lay in bed in the couple's home. He then drove to the Orange Glen postal branch, where he had been honored several times as 'Employee of the Quarter,' and killed two colleagues who had been among his closest friends.

Finally, he shot himself in the head.

The 52-year-old mail carrier, who was just three years from retirement, died in a hospital intensive care unit two days after the rampage.

The Taylors lived with Danny McMullen, Michael's 23-year-old brother and one of Mrs. Taylor's children from a previous marriage.

Michael McMullen said his family was particularly hurt by the speculation of San Diego Postmaster Margaret Sellers and others that tension between Taylor and his live-in stepson was a key factor in his rage.

'Every morning before they went to work, my brother and John would sit in the kitchen and have coffee. That morning, they had coffee as usual and everything seemed normal,' McMullen said. 'There was nothing between him and Danny. If there had been, Danny would not have come out of that house alive.'

The real source of Taylor's rage, McMullen said, was 'post-office paranoia,' a problem postal workers discussed with him at his mother's funeral.

'A woman whose husband retired from the post office because of stress came up to me and said, 'What happened to John Taylor and your mother could just as easily have happened to my husband and me,'' McMullen said. 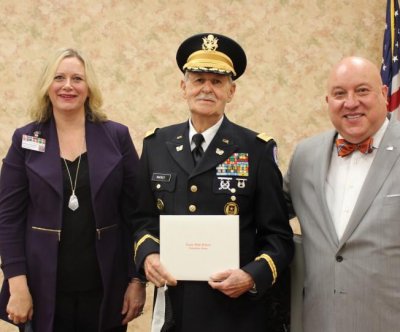 Odd News // 17 hours ago
Turkey crashes through window into Virginia home
Sept. 24 (UPI) -- Deputies and animal services officers in Virginia responded to a resident's home where a turkey crashed through a window and barricaded itself inside the bathroom.

Odd News // 18 hours ago
Watch: Man reunited with hurricane-blown photo of late wife
Sept. 24 (UPI) -- An Alabama man whose beloved photo of his late wife was swept out of his vehicle by winds from Hurricane Sally was reunited with the picture thanks to some strangers and social media.

Odd News // 19 hours ago
New York MTA workers had secret 'man cave' under subway tracks
Sept. 24 (UPI) -- Investigators with New York's Metropolitan Transportation Authority said a group of employees were found to have maintained an illegal "man cave" in a storage room beneath the subway tracks. 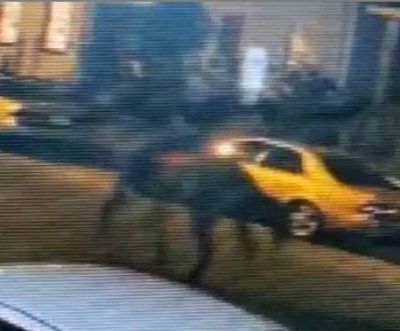 Odd News // 22 hours ago
Watch: Horses run through streets of New Jersey city
Sept. 24 (UPI) -- Authorities in New Jersey said three horses were seen running loose through a city after dark, and one of the equines was caught on video with an unknown rider.