WASHINGTON -- Senators searching for a way out of the emotional and political quagmire of what to do about flag desecration Tuesday proposed a new bill to ban the act, but legal scholars and some lawmakers quickly differed over whether the plan could do the job.

To underscore their argument that a simple change in federal law was not enough to reverse the Supreme Court's ruling that flag burning was protected by free speech, Senate critics of the new bill countered by formally introducing President Bush's constitutional amendment to protect the flag.

The differences between the two sides demonstrated the split that has developed in Congress over the flag issue. The main question is not whether lawmakers should act to reverse the court's ruling, but rather what approach would be the best one. Some are supporting both the change in law and the constitutional amendment.

Sen. Joseph Biden, D-Del., the chairman of the Judiciary Committee, introduced the new bill along with more than 20 senators from both parties and argued it was amore prudent approach than immediately trying to change the Constitution -- a lengthy process that some people fear could erode First Amendment free speech protections.

But Biden, along with several others, contended that if the bill was found to be illegal, he would support a constitutional change. The Senate plans to act on both proposals by mid-October.

'If a constitutional amendment is needed, so be it,' Biden said. 'But if you can do something by statute without further adding to the Constitution, it is wise and more reasonable to do so.'

Biden's bill would change the wording of previous anti-flag desecration laws in a way that he believes would pass constitutional muster, despite the court's ruling.

Some lawmakers, mostly Democrats, who do not want to tamper with the Constitution but who recognize the potential political danger of doing nothing about the court ruling, have viewed Biden's solution as a way out of the troublesome problem.

Bush, however, has argued that changing the Constitution is the only way to ensure that anti-desecration laws will be legal.

'There is really only one way to get the job done, only one fix that will satisfy the American people and only one remedy that is equal to the lofty status of Old Glory -- so today I say the American flag deserves nothing less than constitutional protection,' noted Senate Republican leader Robert Dole of Kansas as he formally introduced Bush's proposal.

Dole praised Biden's effort, but complained that it was inadequate to change the 'red, white and blue blunder' committed by the Supreme Court.

In the House, however, Rep. James Sensenbrenner, R-Wis., called Biden's approach a foolhardy attempt to play 'cat and mouse' with the Supreme Court.

'Let's be serious and frame the issues as they are in reality: Whether we really want to carve an exception out of the First Amendment to hold our honored and revered flag above all else, or whether we want to let the flag burners have their way,' said Sensenbrenner.

Legal experts testifying on the issue to a House Judiciary subcommittee reflected the same split.

Walter Dellinger, a professor from Duke University, argued that Bush's proposal was 'seriously flawed' and that Biden's proposal was not inconsistent with the court's ruling.

Likewise, Laurence Tribe, a Harvard Law School professor, contended that a bill could be satisfactory and that the Constitution was 'too vital to be tampered with unnecessarily.'

However, Paul Kamenar of the Washington Legal Foundation, argued that 'simply amending the federal statute would not do the trick.'

By itself, Bush's proposed constitutional amendment would not outlaw flag desecration, but would give that power to Congress and the states.

U.S. News // 3 minutes ago
Powell, Mnuchin to testify on progress of U.S. economic recovery
Sept. 22 (UPI) -- The Federal Reserve will continue to support the domestic economy through the COVID-19 pandemic, following up on some improvement since the start of the crisis, Chairman Jerome Powell says.

World News // 21 minutes ago
Ang Rita Sherpa, legendary climber of Mount Everest, dies at 72
Sept. 22 (UPI) -- Ang Rita Sherpa, the first person to climb Mount Everest 10 times without the aid of an oxygen bottle, died Monday at 72 in Kathmandu after suffering a stroke.

U.S. News // 1 hour ago
Trump to deliver address Tuesday on Day 1 of U.N. General Assembly debate
Sept. 22 (UPI) -- The General Debate of the 75th United Nations General Assembly begins Tuesday morning and President Donald Trump will be one of the first leaders to make their address. 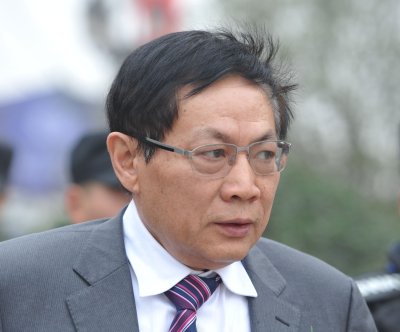 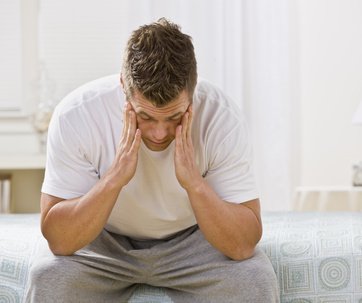