The Bismarck: 'It belongs to Germany'

WASHINGTON -- The scientist who found the famed World War II battleship Bismarck on the bottom of the Atlantic released the first videotape of the vessel showing a well-preserved ship with most of its guns intact.

Undersea explorer and scientist Robert Ballard brushed aside any suggestion of a salvage operation and pledged to the German people Thursday he would try to keep the exact location of the sunken warship secret -- except from West Germany.

'The Bismarck, unlike the Titanic, is still the property of the German people,' said Ballard, who also led the expedition that found the sunken British liner Titantic four years ago.

'It belongs to Germany,' he said of the Bismarck -- the largest Nazi warship. It sank in the Atlantic during a battle with British naval forces on May 27, 1941. Of the 2,200-man crew aboard, only about 115 people survived.

Ballard, from the Woods Hole Oceanographic Institution in Massachusetts, used the same remote-controlled robot that discovered the Titanic to locate the Bismarck on June 8 in more than 15,000 feet of water about 600 miles west of Brest, France.

At a news conference, Ballard showed a brief videotape -- taken by the underwater robot Argo -- of the battleship resting on the ocean floor.

The video -- which is of better quality than that of the Titanic - showed the hull of the Bismarck, the wooden deck and the reinforced bridge to be intact. The ship's 6-inch and 4-inch guns are still pointed outward.

The only missing armament was the ship's four main gun turrets, housing eight 15-inch guns. Ballard said they were 'gravity-based' and probably fell out when the ship turned over in the sinking.

Along the heavily armored grey hull were black marks -- Ballard described them as 'black patches that looked like bugs splattered on a windshield.' These, he said, were 'where several (cannon) rounds hit it. ... We saw no penetrations in that armor.'

Ballard said he discovered recently that there is a controversy among naval history buffs as to whether the Bismarck was sunk by British torpedoes or was scuttled by its crew when it became obvious the fight was lost.

'We were not able to inspect below the waterline' because the ship sank into mud on the ocean floor up to its waterline, obscuring any torpedo holes that could settle the controversy.

But he also found 'no evidence of an (air pocket) implosion anywhere,' indicating the vessel may have been flooded evenly in a scuttling operation.

At one point, Ballard said he wanted to address the German people directly, and he spoke into the television cameras in German for a few minutes.

He told them he found the Bismarck 'sitting upright in a proud position' and well-preserved.

'We found no human remains; we touched nothing and we took nothing,' he told them. 'We will do all in our power to keep the exact location of the Bismarck a secret,' adding that he would turn over the exact coordinates to government officials in Bonn.

He said he would like to have discussions with West Germany about returning to the ship to take more detailed videotape, 'depending on the feelings of the German people. I am an undersea explorer, not a treasure hunter.'

'Any return to the Bismarck will be defined by the German people,' he added.

U.S. News // 3 hours ago
Oracle, Walmart team up for deal to purchase TikTok
Sept. 20 (UPI) -- The U.S. government has tentatively approved a deal for Oracle and Walmart to acquire a 20% stake in a new company, Global ByteDance, averting a ban on downloads of the Chinese-based TikTok in the United States.

U.S. News // 17 hours ago
Bobcat fire in L.A. County intensifies; Northwest firefighters go into isolation
Sept. 19 (UPI) -- A new wildfire broke out in California Friday and had burned 91,000 acres of land and some firefighters went into isolation this weekend after being exposed to COVID-19 amid record-breaking fires that have burned up.

U.S. News // 20 hours ago
Protesters return to Portland streets after pausing due to smoke
Sept. 19 (UPI) -- Demonstrators returned to downtown Portland Friday to call for police reforms after taking a hiatus of more than a week due to unhealthy air quality. 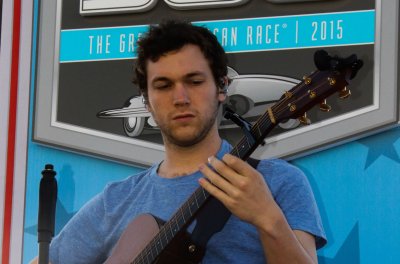