GENEVA -- A jury in Switzerland convicted a Hilton Head, S.C., cancer specialist Thursday on charges of fraud and falsification of documents in a scheme to bilk the Yugoslavian national health system.

Dr. Rajko Medenica, whose American patients include former world heavyweight boxing champion Muhammad Ali, was accused of obtaining $3.4 million on the basis of fake bills while director of the Geneva State Hospital between 1973 and 1981.

An employee in Medenica's Hilton Head office said the doctor was with patients Thursday and was not immediately available to comment on the verdict, which came after three days of deliberations.

Medenica, a native of Yugoslavia, did not attend the trial in Switzerland. A federal judge ordered him to remain in the United States after hearing testimony from some wealthy patients who claimed they could die in the doctor's absence.

However, the defense did present testimony from Ali and others who called Medenica a medical miracle worker.

Ali said the doctor's treatments have helped him in his fight against Parkinson's syndrome. Former U.S. ambassador to South Korea Robert Walker said he owes his life to Medenica, and former South Carolina governor John West credited the doctor with successfully treating his daughter's throat cancer.

Despite those endorsements, Medenica's procedures have not been universally accepted by the medical community.

Medenica's defense attorney, Dominique Warluzel, called last week for his acquittal, saying the defendant was 'a devoted doctor and tireless worker whose only mistake was to have a poor accountant.'

But prosecutors said Medenica deliberately charged the Yugoslavian health system for expensive treatments never received by citizens of that country.

They described Medenica as 'an ambitious manipulator' who could not explain how he was able to purchase two large properties, one on the Adriatic.

Odd News // 4 hours ago
Man gives CPR to gecko found drowning in beer
Feb. 17 (UPI) -- An Australian man may have saved a lizard's life when he fished it out of his beer at a pub and performed CPR on the seemingly lifeless animal. 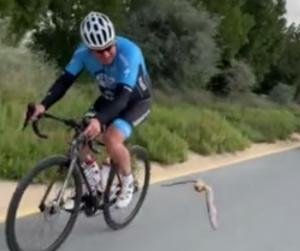 Odd News // 5 hours ago
Small bird joins group bike ride in Dubai
Feb. 17 (UPI) -- A cyclist in Dubai captured video of a small bird that decided to join in on a bike ride and flew low next to a bicycle for nearly 2 miles. 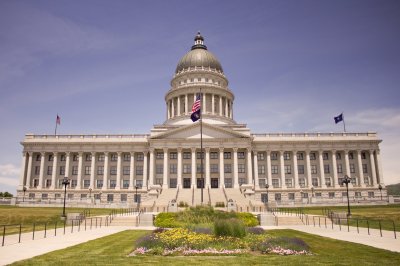