CHICAGO -- The discoverer of the tiniest known planet in our solar system said Thursday he never had any doubt he had made a major discovery the night he spotted Pluto.

Clyde Tombaugh, 83, a retired New Mexico State University professor who grewup on farms in Illinois and Kansas, was in town to address visitors to the Adler Planetarium as Pluto made its closest pass to Earth -- 2.6 billion miles -- in its 248-year orbit.

At the time of his discovery on Feb. 18, 1930, he was working at the Lowell Observatory in Flagstaff, Ariz.

'I was taking a course where you had to photograph the sky (through the observatory's telescope),' Tombaugh recalled. 'You would take one picture one night and then repeat the process a few nights later and then compare them together. Stars don't move but a planet will shift positions.

'There it was, southeasterly. I realized it wasn't Neptune. The whole thing overwhelmed me.'

Tombaugh said he spent 45 minutes checking his pictures and then shot another to make sure defects in the photographic plate were not responsible for what looked like a new planet.

'At first glance, I felt sure I had a new object,' said Tombaugh, who is working for the Clyde Tombaugh Scholarship Fund for Young Astronomers at New Mexico State University.

'I had a terrific, instantaneous thrill. I immediately realized the implications.'

Pluto is 39 times more distant from the sun than the Earth, has less than 1 percent of the Earth's mass and is 1,000 times too faint to see with the naked eye, experts say.

Tombaugh was invited to speak to planetarium members Thursday night. On Friday, the planetarium planned a Sky Show on Pluto that will continue through the end of the month.

Astronomer Percival Lowell first began the search for 'Planet X' in 1915 because he had noticed irregularities in the orbits of Neptune and Uranus.

Pluto follows an elliptical orbit and its distance from the sun varies from 30 to 50 astronomical units (one of which is 93 million miles). Every 248 years the planet, named for the Greek and Roman god of the underworld, moves inside Neptune's orbit and stays there for two decades.

After finding Pluto, Tombaugh searched for a 10th planet until 1943 but gave up after looking at some 90 million star specks. He said he is convinced a 10th planet does not exist. 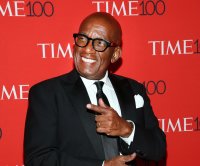 Odd News // 41 minutes ago
Arizona dog rescued from bottom of mine shaft
June 22 (UPI) -- An Arizona sheriff's office rescued a dog that wandered into a mine shaft and became trapped about 100 feet underground.

Odd News // 20 hours ago
Large lizard escapes from Ontario zoo
June 21 (UPI) -- An Ontario zoo is asking members of the public to be on the lookout after a large lizard slipped out of the facility through an open door. 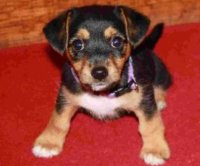 Odd News // 22 hours ago
8-foot python captured in driveway of New York home
June 21 (UPI) -- Police responded to a Long Island, N.Y., home at which a more than 8-foot snake was found slithering in the driveway.

Odd News // 23 hours ago
Hard hat lost in Massachusetts washes up on Portuguese island
June 21 (UPI) -- A Massachusetts man whose hard hat fell into the Atlantic Ocean in 2014 received word that his lost hat washed up 2,000 miles away in Portugal.

Odd News // 1 day ago
Wild boar takes a ride on two Hong Kong subway trains
June 21 (UPI) -- A wild boar caused a stir on the Hong Kong subway when it took a ride on a train -- and switched trains at a station to evade its pursuers before being captured.
Advertisement