Center Jack Sikma signed a two-year extension to his...

MILWAUKEE -- Center Jack Sikma signed a two-year extension to his existing contract Wednesday that will keep him with the Milwaukee Bucks through the 1991-92 season, the team announced.

His existing contract was to expire after the 1989-90 season.

Sikma, 33, is currently in his 12th NBA season, the last three of which have been with the Bucks.

Sikma, a Kankakee, Ill., native, is averaging 16.4 points and 10.5 rebounds a game during his career. The Bucks acquired him July 1, 1986 from the Seattle SuperSonics.

'Jack exemplifies the kind of person and player that fits into the Milwaukee Bucks style of operation both on and off the court,' Bucks Coach Del Harris said in a news release.

'We believe that Jack, because of his past record of consecutive game performances, of hard-nosed rebounding, and aggressive team play on both ends of the court, can continue to play at a winning level in the rotation of a good NBA team. In the end it's the Bucks way of saying we like who Jack is and how he plays.'

Sikma, a seven-time NBA All-Star, has appeared in 927 of a possible 950 regular season games during his career.

Health News // 15 minutes ago
Belly fat can adapt to resist weight-loss strategies, study finds
March 2 (UPI) -- Belly fat, or the persistent area of weight gain around the stomach, adapts over time to become more resistant to weight-loss treatments, according to a study published Tuesday by the journal Cell Reports.

Odd News // 1 hour ago
Horse rescued from frozen pond in Michigan
March 2 (UPI) -- Authorities in Michigan came to the rescue of a horse that was trapped in the frigid waters of an icy pond on its owner's property.

Health News // 2 hours ago
NIH halts study of plasma in COVID-19 treatment citing lack of benefit
March 2 (UPI) -- Officials at the National Institutes of Health Tuesday stopped an ongoing clinical trial evaluating the use convalescent plasma in the treatment of severe COVID-19, due to lack of clear clinical benefit. 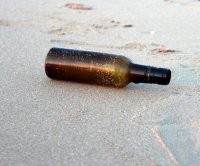