Extra, extra, read all about Him

NAIROBI, Kenya -- Swooning attendees of a prayer meeting at a Nairobi slum said they witnessed the second coming of Christ when a white-robed 'Messiah' appeared before them, then vanished at the No. 56 bus stop down the road, the official Kenya Times newspaper reported Wednesday.

In a center-page spread that included a picture of the visitor -- a bearded, intense-looking man with swarthy looks and white robes -- the paper asked 'Did Jesus Christ Come To Nairobi?' and carried an eyewitness account of what happened by a staff reporter who was present.

The newspaper also happens to be conducting a big circulation drive under the tutelage of a team of British tabloid experts.

According to reporter Job Mutungi, residents of the Kawangware slum in west Nairobi say a bright star -- brighter than all the others - appeared in the sky at 1 p.m. June 4 over the poor, shanty township.

Then, a week later, it happened at the prayer meeting held by a local self-styled evangelist preacher, Mary Akatsa. Akatsa has been electrifying big crowds in the slum for several months with mass healings and 'miracle meetings,' when she announced the appearance of 'a very important guest.'

The crowd chanted 'Jesus, Jesus, Jesus of Nazareth,' and dozens collapsed as the robed man strolled through the throng with Akatsa.

'Everyone was murmuring something,' Mutungi wrote. 'Others were flat on the ground weeping uncontrollably. Strange sporadic light wafted on top of his turbaned head, his feet and his entire body.'

Mutungi wrote the man then spoke in clear, unaccented Swahili.

'I implore you to steadfastly hold your faith as the world will be no more. We are nearing the time of the reign of heaven. But before that I shall come back and bring a bucketful of blessings for you,' he said.

Then he accepted a ride from an Indian named Singh and asked to be dropped at the No. 56 bus stop 'to alight and head for heaven.'

'He walked a few paces alongside the road and then simply vanished,' the paper said.

The reporter noted that he put it to Mary Akatsa that the whole event might have been an elaborate hoax, staged because a celebrated German evangelist called Reinhardt Bonnke was drawing huge crowds at rival prayer meetings across town.

But she maintained the man was no fake.

'This was our Lord,' she said. 'He promised in The Bible to come back in different forms. In any event, he was born of a woman and lived on Earth,' she said. 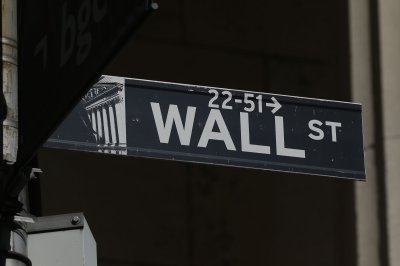