The plot of 'Big Business' may sound familiar -- two sets of twins get mixed up at birth and then collide some 35 years later -- but this new movie starring Bette Midler and Lily Tomlin is anything but routine.

Directed by Jim Abrahams, Midler and Tomlin seem to revel in the characterizations they are allowed in this ditzy film, and it's a joy to watch. Forget the plot and gimmicks, it's these two stars who dominate every frame with their boundless energy. With both Midler and Tomlin going at full-tilt, it's hard to imagine how they avoid exploding all over each other's comedic territory. But they prove a compatible pair - perhaps because they are actually playing four distinct roles, room enough for even these two.

Everything is overblown -- or borrowed -- in 'Big Business,' right from the start. A snooty rich couple and a poor-as-dirt but honest West Virginia pair each have a set of twins who are mixed up at a backwater country hospital that can't seem even to keep straight urine specimens and apple juice. (There's lot of low humor here; most of it seen and done before. The moviemakers seem not to care one wit about playing the same old tricks again, and sometimes it pays off.)

For all the contrivedness of the opening premise, a wonderful skit of childbirth -- highbrow and lowbrow -- is provided by Deborah Rush and Patricia Gaul as the rich and poor mothers, respectively. In an outlandish bit of plot-twisting, both parents give their daughters identical names. So Sadie Shelton, played by Midler, grows up with the rich parents she was biologically born to, and her ruthless greediness puts Alexis Carrington of the TV soaper 'Dynasty' to shame. Rose Shelton, however, played by Tomlin, is a misplaced country girl, flightly and 'uncentered' her whole life. And Sadie Ratliff, Midler again, is a girl in gingham who longs for silk, shallow but good-hearted as her fearless sister Rose Ratliff, Tomlin this time, points out.

There could not have been four more perfect roles for the likes of Midler and Tomlin; they play these flip-side characterizations with perfect wit and trascend every cliche.

The twins are thrown together over the fate of the small town where they were all born; the rich Sheltons owned the furniture factory there. Sadie Shelton decides to 'offload' the unprofitable factory and Rose Ratliff whirls into action to save the town. The Sheltons and the Ratliffs wind up at the Plaza Hotel in New York -- in adjacent rooms no less. You can imagine the mixups; whatever you imagine probably happens at least once in this film. When they finally get to meet each other, there is a scene that's a direct steal from an old 'I Love Lucy' episode where Lucy meets Harpo Marx; it was funnier when Lucy did it. They also steel a scene from 'Wall Street,' and here it's definitely funnier than the original.

So it may be totally predictable, but who cares? When Midler and Tomlin get turned on, just sit back and enjoy. They sure do.

This movie is rated PG. The film contains some sexual content.

Science News // 13 hours ago
Fitbit-wearing baboons reveal price of social cohesion
July 27 (UPI) -- According to a new study, published Tuesday in the journal Proceedings of the Royal Society B, individual baboons must move at suboptimal speeds in order to maintain cohesion. 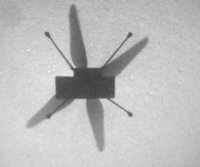