The Supreme Court refused Monday to review the federal...

WASHINGTON -- The Supreme Court refused Monday to review the federal government's decision to strip the controversial Church of Scientology of California of its tax-exempt status from 1970 through 1972.

The justices, without comment, rejected the church's appeal of a ruling by the 9th U.S. Circuit Court of Appeals.

The court, however, will consider a similar issue next term in connection with another case it has agreed to hear involving whether Scientologists may deduct from their taxable income money spent on spiritual awareness courses.

A spokesman for the church said the court's refusal to hear the case was 'unfortunate,' but noted the lower court ruling did not affect other branches of the church.

'Many churches of Scientology already have their tax exemption and negotiations are currently ongoing with the IRS to finalize the tax exempt status of all remaining church corporations,' he said.

Scientology has been at the center of legal controversy since it was founded in 1952 by reclusive science fiction author L. Ron Hubbard.

The Internal Revenue Service in 1957 recognized the church as a tax-exempt organization, but revoked that status in 1967 after finding that it regularly engaged in business for profit.

On July 28, 1987, the appellate court upheld the IRS decision, ruling that much of the church's income went to Hubbard in royalties from the sale of church literature he had written.

In the high court appeal, lawyers for the church said the lower court ruling 'places in jeopardy the rights of all religious organizations, particularly newer organizations, which must proselytize vigorously to communicate their religious message to the public and whose internal policies may be unorthodox by the standards of mainstream religions.'

'Even more constitutionally disturbing is the fact that the court's standard would create state interfering with the internal policies and beliefs of churches,' the appeal said.

The case arose in 1977 when the IRS audited the church's records and found it had failed to file income tax returns for the years 1970 through 1972.

The IRS calculated the church owed $1.2 million in back taxes and imposed an additional $287,614 in late filing penalties.

In defending the IRS action, lawyers for the Justice Department said the Church of Scientology 'did not carry its en of establishing that the Hubbards ... did not divert a portion of the organization's earnings to their personal benefit.'

Hubbard, whose reported death in January 1986 has been the subject of legal disputes, was a little known science fiction writer until his book 'Dianetics: The Modern Science of Mental Health' appeared in 1950. It landed on American best-seller lists and Dianetics -- a kind of amateur psychotherapy -- became a national fad.

After interest in Dianetics faded, Hubbard founded the Church of Scientology, described as an 'applied religious philosophy.'

A federal judge in 1971 ruled that Scientology was a religion entitled to protection under the First Amendment. But that was not the end of the organizaton's legal involvements. Seeing itself as a victim of government persecution, it has filed hundreds of lawsuits over the years, taking on the Federal Bureau of Investigation, Central Intelligency Agency, National Security Agency, Internal Revenue Service and organizations and individuals in and outside of goverment.

Scientology teaches that man is basically good but that to realize his full potential he must be freed from negative memories. It maintains belief in a Supreme Being which it says is compatible with the teachings of major world religions.

87-1377 Church of Scientology of California vs. 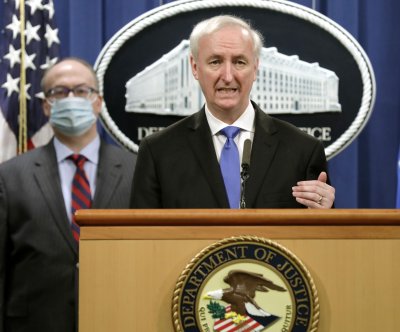 U.S. News // 33 minutes ago
Purdue Pharma pleads guilty, agrees to pay billions in opioid settlement
Oct. 21 (UPI) -- Drugmaker Purdue Pharma on Wednesday pleaded guilty to federal charges that accused the company of fueling the opioid crisis in the United States, and agreed to pay more than $8 billion in fines. 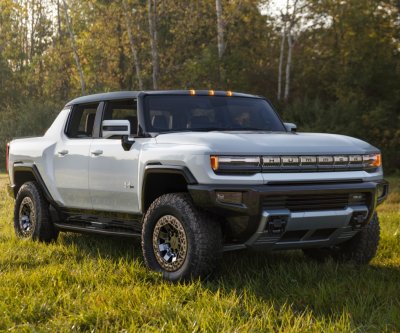 Odd News // 1 hour ago
Two raccoons ejected from inside California bank
Oct. 21 (UPI) -- Animal rescuers in California made an early morning visit to a bank to chase away an unusual pair of "masked bandits" -- young raccoons.

Health News // 2 hours ago
Obesity increases risk for COVID-19 among Black people in U.S., study finds
Oct. 21 (UPI) -- Black people in the United States who are obese are three times as likely to test positive for COVID-19 as obese White people, according to an analysis published Wednesday by JAMA Network Open.