RIO DE JANEIRO, Brazil -- Nelson Piquet, the reigning Formula One champion, says rival Nigel Mansell knows little about cars, is argumentative and rude, and has 'a really ugly wife,' in an interview published in the latest Brazilian edition of Playboy.

In the interview, which was published Wednesday, Piquet also attacks his Lotus teammate Ayrton Senna.

Piquet says while driving for Williams in 1985 and 1986 as Mansell's teammate, 'I discovered that the Englishman (Mansell) knows absolutely nothing about setting up a car.'

Piquet said when he found ways to make the Honda-powered Williams run faster, he waited until the last minute before a race to make the change, to prevent Williams designer Patrick Head from passing the information to Mansell.

Piquet, a 35-year-old Brazilian, said he thought Mansell made little effort to take part in the final two races of the 1987 season not because of an accident in Japan but because he already knew he would lose the title.

'I don't say he's a coward, but he saw that it would look better losing the championship this way (sitting out the final races) than getting worked over on the track,' Piquet said.

'Mansell is argumentative, he's rude and he's got a really ugly wife,' Piquet said. 'He's arrogant, and after he started winning races he started treating everyone really badly. Besides which, he's written off piles of cars. No one wanted him to win.'

Piquet was less harsh with Senna.

'Ayrton is very dedicated, he's very quick and if he hasn't been champion yet it's because he wastes more time and breath trying to arrange excuses for his defeats than he spends working on his car.'

The world champion said that in 1985 and '86 Senna blamed his lack of wins on the Lotus Renault engine, but then failed to again in 1987 when Lotus used the more powerful Honda unit.

'The problem was in the chassis and not the motor, but Ayrton couldn't see that,' he said.

Piquet said of his Lotus teammate Satoru Nakajima of Japan: 'Even someone driving a Formula One racer for the first time wouldn't be as bad as Nakajima, although he'd be almost as bad.'

Piquet said that despite three world titles he still wants to win: 'I' ve nothing left to prove in Formula One, but I want to make good with Lotus, it's new for me and a challenge.' 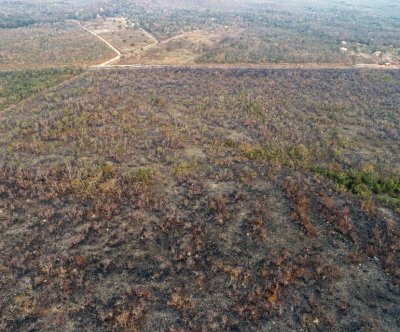 Odd News // 4 hours ago
Soldier's letter home from Vietnam delivered 52 years later
May 29 (UPI) -- An Indiana woman said she was surprised when a letter her brother sent while serving in the Vietnam War finally made its way to her after 52 years.