In a $63 million lawsuit filed Thursday in Polk County District Court, Hager said Ruan and other members of Carriers' board of directors ordered a chief financial officer to destroy a 1985 report that showed the Des Moines-based Carriers was insolvent, perhaps by as much as $32 million.

The lawsuit also accused the board of illegally authorizing Carriers to invest $1 million in 10,000 shares of stock in the Ruan-owned Bankers Trust Co. of Des Moines.

Hager said the $63 million in damages is being sought to help cover $117 million in unpaid claims. He said most of those claims are in Iowa, Michigan, Hawaii, California, Minnesota, Florida, and Nebraska.

The lawsuit alleges the defendants -- all members of the insurance company's board of directors -- 'failed to exercise reasonable care in the management of the company's affairs and were negligent or grossly negligent in several particulars.'

It said Ruan, who was chairman of Carriers' board, and board members Larry Miller and Herman Kilpper were negligent in turning over the office of president to Ruan's son, John Ruan III, who was 'unqualified and inexperienced in insurance company management.'

Hager said he expects the lawsuit to stretch out for three to five years.

Among the most serious charges in the suit is an allegation Carriers' officers ordered phony documents to hide the company's financial troubles.

The lawsuit also accused the officers of authorizing the 1983 sale of Carriers' home office building to a John Ruan-controlled corporation by having Carriers accept unsecured installment notes for $6.9 million without personal guarantee from Ruan.

The notes bore interest below the then-prevailing market interest rate, 'such being commercially unreaaonable and unfair to Carriers,' the lawsuit said. 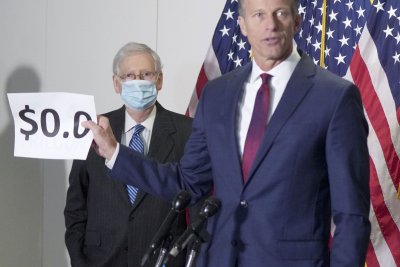