WASHINGTON -- King Fahd of Saudi Arabia has pumped tens of millions of dollars into anti-communist projects around the world and confided he did so at the direction of the Reagan administration, said a naturalized American businessman who claims to have had extensive dealings with the Saudi royal family.

Included, according to the businessman, Sam Bamieh of San Mateo, Calif., are more than $50 million contributed by Fahd in 1983 to rebels in Angola.

Bamieh charged that Fahd became a secret instrument of Reagan administration policy, in effect, as part of an understanding reached in 1981 with the sale of sophisticated American AWACS radar planes to the Saudis.

'The AWACS understanding was, in addition to paying for the planes, Saudi Arabia was going to contribute its own funds and raise other funds for anti-communist movements where and when the administration wants it,' Bamieh said. He said Fahd personally told him of the arrangement.

A spokesman for the Saudi Arabian Embassy declined to return phone calls to discuss Bamieh's allegations.

White House spokesmen with President Reagan at the Venice, Italy, Economic Summit, had no immediate comment.

In testimony before Senate-House hearings on the Iran-Contra scandal, it was reported that Saudi Arabia, referred to as 'Country Two,' had secretly donated $32 million to the Contra rebels in Nicaragua. Bamieh called that 'just the tip of the iceberg.'

Bamieh also told United Press International he knew 'first hand' that Fahd had dispatched international arms dealer Adnan Khashoggi last year to arrange for a $10 million contribution from the sultan of Brunei to the Contras.

It marked the first time the Saudis have been linked to the sultan's August 1986 contribution, which Assistant Secretary of State Elliott Abrams told Congress had been arranged through normal diplomatic channels.

A spokesman for Khashoggi said Bamieh's allegation about him was 'absolutely not true.'

Bamieh has been interviewed in the last two weeks by investigators for the Senate select committee on the Iran-Contra affair and the office of special prosecutor Lawrence Walsh, and is scheduled to testify before a House foreign affairs subcommittee next week.

He told UPI that he became an outspoken critic of Fahd's faction of the royal family last year. He has stated that he was detained in the royal palace for 133 days in the spring of 1986 during a bitter legal dispute with two confidants of Fahd.

Bamieh, 48, said he wanted to tell his story because of his legal battle and because he believes the United States has put too much reliance on Fahd's government.

Bamieh said Fahd faced separatist movements and strong criticism at home, and hoped that through assistance to the Reagan administration he would be able to call on the U.S. government if the need arose; or at least, to be able to 'prop himself up in the royal family' by making it clear that he had American backing.

According to Bamieh, Fahd also knew that in return for financial help he would get administration support for future weapons purchases. The administration recently notified Congress that it intends to sell the Saudis 1,600 of the newest air-to-ground Maverick missiles for $360 million.

As for Angola, Bamieh said that by late 1982 or early 1983, it was clear that anti-communist rebels there had been designated for aid by the Saudis.

He said he was told by one of Fahd's sons and one of that son's business partners that the Saudis had funneled money to Morocco to train Jonas Savimbi's forces fighting the Marxist Angolan regime, and to buy equipment for them.

Bamieh said the son's partner, Ali bin Mussalam, later made an adviser to Fahd, told him that in 1983 the Saudis provided more than $50 million to Savimbi's U.S.-backed UNITA organization.

Bamieh said that in February 1984, at a meeting at the Majestic Hotel in Cannes, France, Prince Bandar bin Sultan, the Saudi ambassador to the United States, asked him to set up companies that would funnel arms and materials to several anti-communist movements -- to Central America, to the Afghan Mujahedeen and to Angolan rebels. He said Bandar also wanted him to sell oil secretly to South Africa.

Bamieh said when he refused because he did not want to get into the arms business, Bandar gestured toward the sea and assured him, 'You are not going to be working for us. You are going to be working for your (U.S.) government because CIA Director (William Casey) has been on the yacht all day discussing these things with the king.'

Bamieh said he had no idea whether Casey, who died May 6, actually had met with Fahd or Saudi representatives.

Bamieh also said the Saudis agreed to match U.S. contributions to the Afghan rebels 'dollar for dollar' in a Swiss bank account and went beyond that -- donating additional money dirctly to the Afghan movement.

Members of the royal family also said that 'lots of Saudi friends' -- countries friendly to the Saudis -- contributed to the resistance movements at Fahd's request, Bamieh said.

He said Fahd requested these contributions to help camouflage the Saudis' role in case the activities were exposed.

He said Fahd sent Khashoggi to see the sultan of Brunei in February 1986 and again in June 1986 to solicit a contribution. He said Khashoggi visited the sultan along with the sultan's spiritual adviser, Shri-Chandra Swami Jee Maharaj, in the last week of June to inform the king his mission had been successful.

Bamieh said he did not know whether the approach to the sultan was first instigated by the United States or Fahd. A spokesman for Abrams said he stood by his sworn testimony that the approach was his idea.

Bamieh told UPI that Khashoggi, who he described as a personal friend, acted as a Fahd emissary in helping instigate the Iran arms sale.

Khashoggi has denied official ties to the Saudi government, and a spokesman for Khashoggi said of Bamieh's latest assertion: 'There is no truth to it whatsoever.'

Bamieh said Khashoggi is so loyal to the king that he appears to 'putting himself out as a scapegoat -- trying to deflect political damage' for Fahd from the continuing revelations of his role in the Iran-Contra affair. 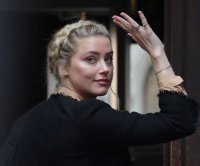 U.S. News // 8 hours ago
Anaheim mayor resigns amid FBI probe into Angel Stadium sale
May 23 (UPI) -- Anaheim Mayor Harry Sidhu resigned Monday amid an FBI investigation into allegations that he sought to exchange insider information about the sale of Angels Stadium for campaign donations.
Advertisement