The Kodak announcement came one day before rival Fuji Photo Film Co. Ltd. was to introduce its Quick Snap disposable camera, which has sold successfully in Japan for several months.

The Fling will be unveiled at the Photo Marketing Association's annual trade show in Chicago beginning Feb. 22 and will hit the U.S. market later this year, said Henry Kaska, a Kodak spokesman in Rochester.

Peter Palermo, a Kodak vice president and general manager of consumer products, said the new camera is basically a 110-size Kodacolor film cartridge with a plastic lens, shudder and manual film advance. When the roll is used, the entire camera is returned to the photofinisher for processing.

'It will appeal to young people, to travelers who have left their camera home, and to those who suddenly find themselves with an unexpected daylight photo opportunity,' Palermo said.

Kaska denied Kodak's announcement was timed to steal the thunder from the Fuji's disposable camera debut, but industry analysts disagreed.

'What I think is apparent is Kodak's desire to pre-empt Fuji's announcement,' said Eugene Glazer of Dean Witter Reynolds, Inc. 'That's part of what we've been seeing for the past few years now. It's kind of like they've vowed never again to allow Fuji to beat them.'

Fuji is expected to unveil a 24-exposure, 35mm disposable camera that uses its highest quality Super HR400 400-speed film. List price will be about $10, Glazer said.

Kodak's Fling, which is the size of a box of 110 film, takes 24 pictures using top-of-the-line VR-G 200 film. The list price of $6.95 is less than Fuji's, but Kodak's 110-size film may not provide the same quality enlargements as the larger 35mm film Fuji is using, experts said.

Photo industry experts are optimistic about the success of disposable cameras. The Fling and Quick Snap likely will be sold at the supermarket checkout line with other disposable consumer products such as cigarette lighters and batteries.

'I think this product has merit,' Glazer said. 'Any pictures taken with a disposable camera are pictures that would not have been taken otherwise.' 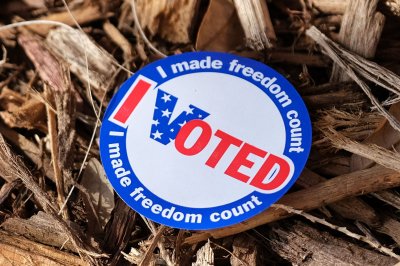