WASHINGTON -- The chairman of the special House committee probing the Iran arms scandal told independent counsel Lawrence Walsh in a letter obtained Friday that the panel has the right and precedent in Watergate to grant limited immunity to witnesses.

Such immunity would give protection to witnesses such as former national security adviser Vice Adm. John Poindexter and his aide, Marine Lt. Col. Oliver North, to answer questions about the scandal on a limited basis without fear of prosecution.

The immunity would be restricted only to responses to committee questions and members say it could be imposed in such a way that Walsh's criminal investigation would not be affected.

A congressional panel has an independent right to seek immunity, as does a special prosecutor. The special prosecutor can block a committee's action, but only for up to 20 days, to allow time to seal important evidence.

Poindexter, North and retired Gen. Richard Secord, all described as major figures in the arms sales and subsequent diversion of profits to the Contra rebels in Nicaragua, invoked the Fifth Amendment against self-incrimination during appearances last month before congressional panels.

Under pressure to conduct a speedy probe, Hamilton said in the letter it is in the public interest that the panel's investigation be conducted as expeditiously as possible.

'The committee may find it necessary ... to obtain use immunity for key people who would otherwise refuse to provide critical information on Fifth Amendment grounds,' he wrote. 'We may conclude that the immunity issue will have to be confronted substantially earlier than you envision.'

Walsh is concerned that immunity will hamper his attempts to get indictments.

In an interview Thursday, Hamilton said the full story of the foreign policy inbroglio probably will not be revealed without testimony from North, Poindexter and Secord.

But he said he is willing to leave their testimony for the last part of the committee investigation to give Walsh a better chance at getting evidence he needs.

Detailing his reasoning for a possible granting of immunity, Hamilton wrote in the letter to Walsh: 'This procedure has been successfully followed in the past. As you may be aware, Sen. Sam Ervin's (Watergate) committee granted (White House counsel) John W. Dean III and (political adviser) Jeb Stuart Magruder use immunity during its Watergate hearings.

'Although the special prosecutor objected to these grants of immunity, he was nonetheless able successfully to prosecute Dean and Magruder by placing his evidence against them in a sealed envelope prior to the immunity grant and filing it with the court.'

But during the 1973-4 Senate Watergate investigation, the special prosecutor had effectively completed his grand jury investigation when immunity was granted.

The damage was further minimized when Dean and Magruder pleaded guilty in connection with illegal wiretaps and other wrongdoing.

Walsh would not comment on the Hamilton letter but he said in a Jan. 13 letter to the committee chairman, 'Any grant of immunity before the independent counsel has exhausted every avenue of factual inquiry would reduce the probability of obtaining complete and truthful immunized testimony.'

However, sources close to his investigation noted Hamilton indicated the immunity grants are not 'going to happen this minute.' 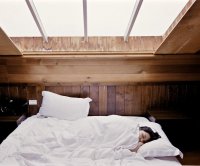