STANFORD, Calif. -- Jeff James, Stanford's standout wide receiver, is unlikely to play Saturday against Oregon State because of a strained tendon in the arch of his left foot.

'It occurred late in the game,' Cardinal trainer Standley Scott said. 'He was running a pass pattern, he planted his foot and felt a pull. He thought the tape on his ankle had torn, but in fact it was a stretch of the fascia (arch).'

The trainer said the injury heals slowly and it would be tough to project when James would return.

'The injury causes pain in his heel,' Scott said. 'It is a slow-healing injury and it is difficult to know how long it will take him to fully recover.'

James opened the season with a three-touchdown performance in the Cardinal's 31-20 victory over Texas. For his efforts, James was named the Pacific-10's Player of the Week. In all, the junior from Los Angeles has 18 receptions this season for 264 yards.

Stanford Coach Jack Elway, whose team is 2-0, said James' loss would not cause any major adjusts in the offensive strategy against the Beavers.

World News // 12 minutes ago
Myanmar leads global plunge in digital freedom, report says
Sept. 21 (UPI) -- Myanmar saw its internet freedom plummet in the wake of a military coup, according to an annual report released Tuesday, headlining a year that saw a deteriorating environment for digital rights around the world. 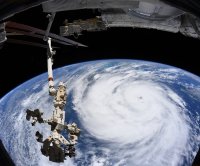 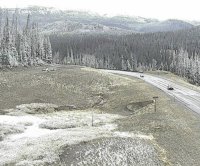 U.S. News // 8 hours ago
Two students shot at Virginia high school; suspect in custody
Sept. 20 (UPI) -- Two students were shot and a suspect was taken into custody after a shooting at a high school in Virginia on Monday, police said.
Advertisement