The nation's governors disagreed sharply Tuesday over the Pentagon's...

The debate over allowing state National Guard units to train in Honduras, the base for U.S.-supported guerrillas fighting to overthrow the Nicaraguan government, was the only spark of controversy in the four-day meeting of the National Governors' Association.

The governors were split on the wisdom of training Guard units in a nation where the rebels' bases have been attacked by Nicaragua, but they voted unanimously to maintain control over their Guard units as a matter of states' rights.

'The governors who allowed their troops to go (to Honduras) and those who did not all supported (the resolution),' said Republican Gov. Victor Atieyh of Oregon. 'They are telling the Pentagon 'keep your hands off.''

Arizona Gov. Bruce Babbitt, a potential candidate for the Democratic presidential nomination in 1988, said sending National Guard units to train in Honduras is part of the administration's 'mistaken policy' of attempting to support the Nicaraguan rebels.

Babbitt turned down the Pentagon's request this summer to send the Arizona Guard to Honduras.

'The president is trying to drag us into this mistaken program,' Babbitt said.

Gov. Madeleine Kunin of Vermont, a Democrat, said the training policy is a 'backdoor escalation' of the American military presence in Central America.

But Republican Gov. John Ashcroft of Missouri said the deployments are nothing more than a training program and 'not an exercise in aid to the Contras.' Ashcroft went to Honduras with the Missouri Guard, which helped build a road between two towns.

Babbitt and several other governors balked at Defense Department orders sending their guardsmen to Honduras. The House of Representatives has approved a proposal giving the Pentagon power to overrule the state executives.

'Even those who support the administration's Central America policy don't want the Guard used without their say-so,' said Arkansas Gov. Bill Clinton, a Democrat who allowed his state Guard to go to Honduras.

The Contra rebels are fighting to overthrow a Marxist-led government President Reagan says is spreading communist subversion throughout Central America. Congress is expected to pass a $100 million aid program for the rebels in September. It allows the CIA and Special Forces to train the guerrillas, but not in Nicaragua.

Before ending its summer meeting, the association elected Clinton chairman. Republican John Sununu of New Hampshire was elected vice chairman and Michael Dukakis of Massachusetts, a Democrat, was named chairman of his party's governors.

Democrats now hold a 34-16 lock on the state houses and Sununu predicted Republicans will make a net gain of at least six in November. Dukakis was doubtful.

'A few months ago, Governor Sununu was saying they would take a dozen,' Dukakis said. 'Now he's down to six and I expect by election day there will be a further downward revision.'

Sununu said Republicans would do well in Rocky Mountain states where incumbent Democrats are not running again and in states like Maine and South Carolina, which are also open seats. 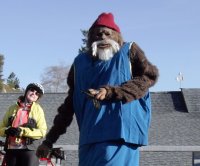 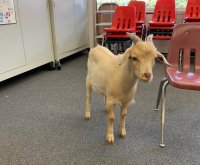