Those wondering why Gary Matthews is nicknamed 'Sarge' received...

The 36-year-old outfielder, one of the most fiery players in baseball, clubbed two homers and drove in four runs to ignite the Chicago Cubs to a 6-3 victory over the Los Angeles Dodgers.

'Adrenalin goes a long way,' said Matthews, who pumped his fist in the air as he circled the bases after each homer. 'There's no limit to what you can do.

'I consider myself a motivator. If your teammates know you are giving your all then they're going to do the same thing. But you can only lead by example; you've got to get on base and drive in runs.'

Matthews, who was 3-for-4, singled in a run in the fourth, drilled a two-run homer in the sixth and added a solo shot in the eighth. He has 10 homers this season -- three in two days and five in his last 27 at-bats.

Manny Trillo certainly followed Matthews' example. In his first game back from the disabled list, Trillo collected three hits and two RBI as Chicago won for the third time in four games.

The veteran infieler, on the DL with bone chips in his right thumb, played first base and was 3-for-5 with two run-scoring singles and a double. He was activated before the game.

'That was great,' Cubs manager Gene Michael said. 'We wanted to get some at-bats for him right away. He got a couple of big hits for us - three, in fact.'

Scott Sanderson, 4-6, earned his first victory since May 30 by scattering five hits and fanning six over 5 1-3 innings. The right-hander was replaced by Dave Gumpert after hyper-ventilating.

Lee Smith pitched two innings for his 14th save. Rick Honeycutt, the major leagues' ERA leader at 2.09, absorbed the loss to fall to 5-5.

Matthews followed a leadoff double by Ron Cey in the sixth with a long drive off Jerry Reuss into the left-field pavilion, giving Chicago a 4-0 lead. The homer snapped a string of nine straight solo shots by the Cubs.

'If I knew Reuss was going to give up two runs, I would never have taken out Honeycutt (for a pinch-hitter in the fifth),' Los Angeles manager Tom Lasorda said.

Len Matuszek belted a two-run homer off Gumpert in the bottom of the sixth to cut the Los Angeles deficit to 4-2. His fourth homer of the season was only the Dodgers' second in 15 games.

Los Angeles then closed within a run in the seventh. Rookie Ralph Bryant tripled for his first major-league extra-base hit and scored on Alex Trevino's sacrifice fly.

But Matthews struck again in the eighth, pounding a 1-2 pitch from Tom Niedenfuer just beyond the wall in deepest center field. It was the 10th homer allowed by Niedenfuer in 52 2-3 innings this year.

Chicago added another run in the inning on Trillo's third hit of the game, a two-out RBI single that scored Jerry Mumphrey.

Health News // 23 minutes ago
Two-drug combo may help fight meth addiction
In what may signal a seismic shift in the treatment of methamphetamine addiction, a pair of prescription drugs appears to help patients significantly reduce their stimulant use, or quit altogether. 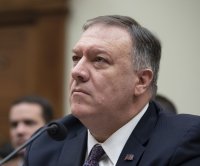 U.S. News // 2 hours ago
COVID-19 rules enforced, Oval Office redesigned as Biden moves in to White House
Jan. 20 (UPI) -- The incoming Biden administration is making changes to how business as usual will be conducted in the White House, including enforcing stricter COVID-19 regulations compared to its Trump administration predecessor. 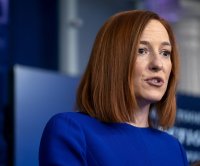 Health News // 6 hours ago
Study: Combination antibiotics may fuel inappropriate use globally
Jan. 20 (UPI) -- The use of fixed-dose combination antibiotics needs to reconsidered, given questions about their efficacy and safety, as well as their possible role in increasing antibiotic resistance, according to the authors of a stud 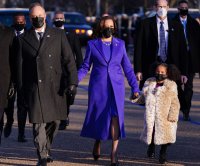