BANGKOK -- The government hinted today that agitators helped foment riots by protestors who torched a $75 million metal refinery and a luxury hotel in a southern beach resort, triggering an exodus of tourists.

A state of emergency was in effect but all was reported quiet today on the resort island of Phuket, 425 miles south of Bangkok, following demonstrations Monday by an estimated 100,000 protesters worried about pollution.

The protests escalated into the worst riots in Thailand since 1976 clashes between leftists and rightists in Bangkok.

Prime Minister Prem Tinsulanonda said in Bangkok the violence was not caused by the people of Phuket.

'There was another group against the (plant). We are investigating,' he said, without giving further details.

Schools and banks shut their doors today as army troops joined police from three neighboring provinces to enforce a state of emergency on the island.

Thai newspapers theorized that business and political conflicts in the run-up to next months general elections had exacerbated the situation.

The protest arose over the opening of a plant to refine tantalum - a heat resistant metal used for computer parts, nuclear reactors and missile warheads -- from the slag of local tin mines.

Police officials said an official damage estimate was still being prepared, but Thai newspapers estimated the total damage from the fire at the plant and the other attacks at $95 million.

Police arrested 40 people and charged them with arson and malicious damage to property. Some of the suspects said they had been hired for $4 to create the disturbance.

Environmentalists and local residents opposed the plant because it would have used large quantities of toxic hydrofluoric acid and released slightly radioactive byproducts.

Opponents of the plant argued that it would hurt Phuket's booming tourist industry -- ironically just the effect produced by the violent protests.

'I really regret the serious damage that has been caused to the tourism of Phuket,' he said. 'It will take quite a while to bring the situation back to normal.'

Prachuab also said the incident might have a harmful effect on the investment climate, but that it was not yet clear how serious it would be.

The tantalum plant had received full support from the government, including promotional privileges from the Board of Investment and financial backing from the Industrial Finance Corp. of Thailand.

The World Bank's International Finance Corp. also held a 12.5 percent stake in the company and put together a $53.5 million financing package for it. 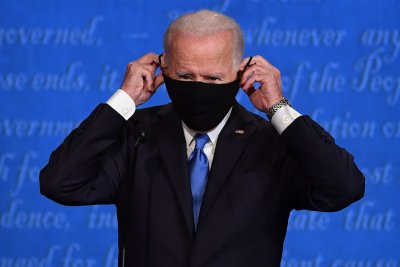