President Reagan, saying the sitcom 'Family ties' is his...

WASHINGTON -- President Reagan, saying the sitcom 'Family ties' is his favorite TV show, said Monday a White House report in November will recommend ways to strengthen the federal government's own ties to the family.

Reagan made his remarks at a ceremony honoring 141 presidential scholars, high school boys and girls who have achieved recognition for academic, artistic and leadership endeavors.

The president said men and women of influence, including teachers, ministers, actors and rock stars 'need to demonstrate respect for family life.'

With Education Secretary William Bennett standing by his side, Reagan told the students 'the inspiration you provide to all young Americans is important.'

'I draw even greater encouragement from the signs that the wider culture is once again beginning to respect, even to celebrate family life. It is no accident that Family Ties is my favorite TV show,' Reagan said.

'We in government have a special responsibility to see that government programs are structured to see family life is made easier, not harder,' he added. 'Here at the federal level I have established a working group on the family to study the relationship between federal programs and family life.

'The working group will give me its report in November and I expect it to recommend a number of important changes,' he said. 'This will represent only a first step in the effort to make the federal government more responsive to the family. I'm convinced no effort in this second term will carry greater import.' 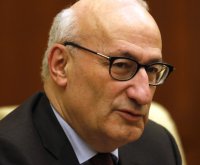 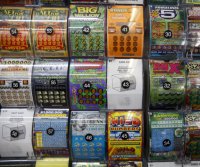