The next possible Texas-El Paso football coach could come...

EL PASO, Texas -- The next possible Texas-El Paso football coach could come complete with team and other accessories.

UTEP Athletic Director Bill Cords fired coach Bill Yung on Tuesday. Wednesday Cords received a call from Chuck Curtis who was coaching at Texas-Arlington until that school's adminstration, citing the loss of nearly $1 million because of football in 1985, shut down his program.

Curtis said that not only is he interested in going to El Paso, he also has coaches and a team he would like to bring along. Since UTA dropped football, all players with eligibility left can transfer and play immediately.

Curtis, 49, said UTA has 11 returning starters on offense and eight on defense. He said UTA quarterback David Bates is a transfer from Brigham Young, as is wide receiver Keith Arbon. He said they would like to have a crack at playing against BYU.

Ironically, the highlight of Yung's four-year tenure at UTEP - during which the Miners were 7-39 -- was a 23-16 upset this season of then seventh-ranked BYU. UTEP closes the 1985 season Dec. 7 against Wyoming in Austrailia.

Cords, who said he must hire a coach soon or face the prospect of losing present players and top recruits, made no comment on Curtis' offer.

Yung said Wednesday that the new UTEP coach would have it easier than he did when he started in 1982.

'If I had had this present team three years ago, we'd be in second or third place right now,' Yung said, adding he was proud that the Miners 'didn't back off' from playing nationally-ranked, bowl-bound teams.

Yung said the his replacement should be given time to build a program, adding that it would take at least five years to develop a winning team.

'I have no bitterness,' he said. 'I'm just hurt. I would like to have remained another year. That one year could have meant the difference.'

World News // 16 minutes ago
Iran, South Korea bank negotiating new account after capture of tanker
Jan. 20 (UPI) -- Iran and South Korea are discussing creating a new bank account for the Iranian Embassy in Korea amid a standoff over a seized tanker. 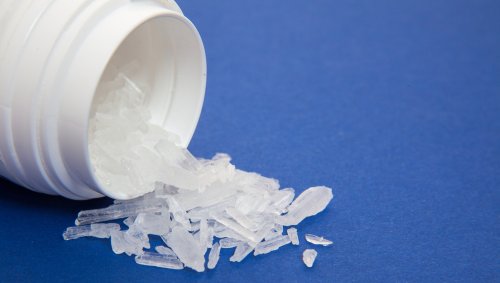 Health News // 1 hour ago
Study: Expensive air ambulance rides may not be worth the cost
Air ambulance service is pricey, but promises lifesaving speed with rapid straight-line helicopter transport for critically ill patients -- but a new study questions whether it winds up saving more lives.