WASHINGTON -- Jeannette Rankin, the first woman member of Congress and its only member to vote against both World Wars, has taken her place among a select and diverse group of distinguished Americans honored in the Capitol's Statuary Hall collection.

A bronze, 8 -foot sculpture of Rankin, inscribed with the words 'I can't vote for war,' was unveiled Wednesday in a Capitol Hill ceremony.

The latest addition brings the Statuary Hall collection to 94 statues -- 88 men and six women -- that individual states have chosen to represent them. Each state can send up to two statues to the Capitol.

Thirty-eight of the statues are located in Statuary Hall, the original House of Representatives, and the rest are scattered throughout the Capitol. Rankin's statue, created by Montana artist Terry Minmaugh, will reamin temporarily in the Rotunda where it was unveiled and later be moved to a permanent spot in the Capitol.

Elected to represent Montana in 1916, Rankin was seated in the House of Representatives when most of the nation's women were still unable to vote. On April 6, 1917, four days after taking office, she cast her first vote -- agaanst the United States' entrance into World War I.

Twenty-four years later, as she began her second term as a representative of Montana, she cast the only ballot against the United States' participation in World War II -- a controversial move that spelled an end to her political career.

'As a woman, I can't go to war and I refuse to send anyone else,' Rankin said as she cast her historic vote.

t the time, a New York Times editorial said her vote against war demonstrated 'the feminine incapacity for straight reason.'

A lifelong pacifist, she was still going strong in 1968 at the age of 88, leading the Jeannette Rankin Brigade of 3,000 women to the Capitol to protest the war in Vietnam.

During her two terms in the House, she was a champion of women's rights, introducing legislation to give women the vote and endorsing government-sponsored health programs for women and children.

Schwinden called her a 'truly remarkable woman'. O'Neill said she 'opened the doors of political opportunity for all American Women.'

U.S. News // 14 minutes ago
Federal appeals court extends block on voting-by-mail expansion in Texas
June 4 (UPI) -- A three-judge panel of the 5th U.S. Circuit Court of Appeals extended its order blocking a lower court's sweeping ruling that would have allowed all Texas voters to qualify to vote by mail during the coronavirus pandemic

U.S. News // 1 hour ago
Judge sets bail at $1M for three Minneapolis officers
June 4 (UPI) -- A Hennepin County, Minn., judge on Thursday set a $1 million bail for three former officers who were present during the arrest of George Floyd that led to his death last week.

Odd News // 2 hours ago
Shark steals flipper from diver's foot off Australian coast
June 4 (UPI) -- An Australian diver spear fishing off the coast of Queensland captured video of his encounter with a bull shark that stole the flipper off his foot.

Science News // 2 hours ago
Without carbon emissions reductions by 2050, mangroves unlikely to survive
June 4 (UPI) -- Mangroves provide hundreds of millions of dollars in protections against coastal storms and flooding every year, but they could soon be gone if carbon emissions aren't significantly curbed in the coming decades. 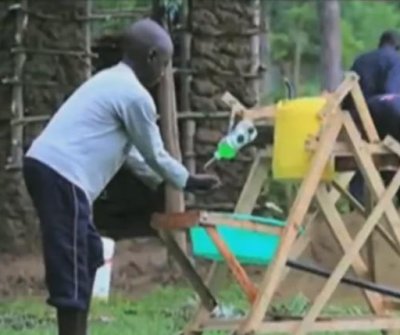 Health News // 3 hours ago
Authors retract journal studies on hydroxychloroquine use for COVID-19
June 4 (UPI) -- The Lancet and New England Journal of Medicine announced Thursday that the authors of published studies on use of the anti-malaria drug hydroxychloroquine to treat COVID-19 have retracted their findings.