Jim Fassel, an architect of Stanford's passing offense, was...

NEW ORLEANS -- Jim Fassel, an architect of Stanford's passing offense, was named Tuesday the offensive coordinator and quarterback coach for the New Orleans Breakers of the U.S. Football League.

Fassel, 34, has been offensive coordinator at Stanford the past five years, specializing in quarterbacks and receivers.

'The hiring of Jim ends a two-year wait for me,' said Breakers coach Dick Coury. 'I tried to hire Jim when we organized the Breakers in 1983, so I finally got my wish. He fits in perfectly with what I was looking for in a coach. He is one who can develop quarterbacks.'

Fassel played for Stanford on the 1969 Pac-10 team that won the Rose Bowl and was a seventh-round draft choice for the Chicago Bears.

Fassell also played for the San Diego Chargers and the Houston Oilers then coached in the World Football League at Hawaii, the University of Utah and Weber State before returning to Stanford.

U.S. News // 1 hour ago
Senate expects vote on 2nd 'skinny' COVID-19 relief bill to fail
Oct. 21 (UPI) -- A little more than a month after their last "skinny" COVID-19 relief package failed in the Senate, Republicans on Wednesday will try to get an updated version through the upper chamber.

Health News // 5 hours ago
Nearly 8 in 10 report pandemic is causing mental health strain
COVID-19, health care, the economy, systemic racism and the presidential election are a threat to the nation's mental health, according to an American Psychological Association poll. 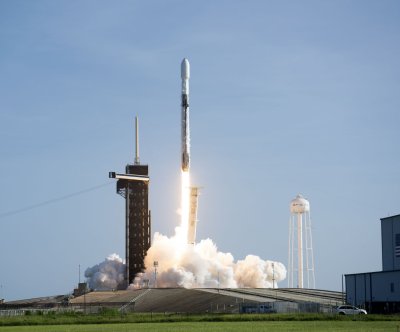