The letter, released Monday, asks world leaders to respond with specific plans for ending death by starvation by the year 1994.

The Manhattan-based group Impact on Hunger sponsored the letter and said it hopes to achieve a well-fed world by 1994 and continue the goals of the World Food Conference held in Rome 10 years ago.

The conference, attended by delegates from 130 nations, had pledged to eradicate world hunger by this year.

The letter, in part, said: 'We urge you to announce your intention to initiate a concrete plan outlining your nation's participation in overcoming domestic and world hunger, and, within the next year, to present this plan to your legislatures and peoples for their response and support.'

Odd News // 4 hours ago
California city hunting aggressive turkey that forced park closure
Aug. 13 (UPI) -- Officials in a California city said they are attempting to capture and relocate a wild turkey that was a longtime beloved resident before becoming so aggressive he forced the closure of a local park. 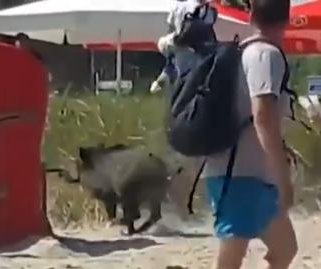 Odd News // 5 hours ago
Boar swims out of Baltic Sea, causes beach chaos
Aug. 13 (UPI) -- A peaceful day on a German beach turned to chaos when a wild boar swam out of the Baltic Sea and ran loose through crowds of sunbathers.

Odd News // 6 hours ago
Eagle sends drone to 'watery grave' in 'brazen attack' over Lake Michigan
Aug. 13 (UPI) -- Michigan state officials said a drone mapping shoreline erosion in the Upper Peninsula was sent to a "watery grave" in a "brazen attack" by a bald eagle. 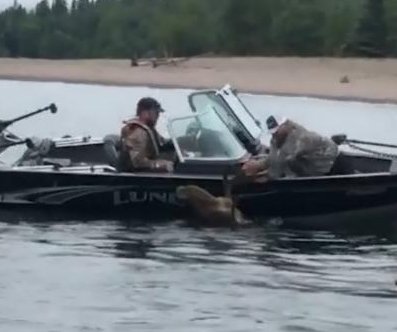 Odd News // 7 hours ago
Anglers rescue drowning moose in Lake Superior
Aug. 13 (UPI) -- A pair of Ontario men out fishing in a boat ended up rescuing a moose struggling to keep its head above the waters of Lake Superior.