An explosion of unknown origin rocked the Senate side...

WASHINGTON -- An explosion of unknown origin rocked the Senate side of the Capitol late Monday night, U.S. Capitol Police said. There were no immediate reports of any injuries.

At about the time the explosion was heard, The Washingon Post got a call at 10:55 p.m. EST from a group claiming responsiblity. The newspaper said it was withholding the name of the group until checking it out because nobody at the paper apparently had ever heard of the group.

A United Press International reporter who was two blocks away from the Capitol when the explosion occurred heard a loud noise that sounded like thunder. She saw smoke coming from a window on the Senate side of the Capitol.

Capitol police sealed off the entire Capitol within minutes, and 15 firetrucks and four ambulances rushed to the scene. While officers searched the building, firemen dragged hoses inside.

'There was an explosion,' a policeman on the scene said. 'It sounded real big.'

Other officers said they were going through the building looking for any bombs.

There was no damage visible from outside the Capitol. Congress was not in session when the explosion occurred.

Capitol officials have been discussing beefing up security after two recent incidents in which men entered the Capitol and caused disturbances carrying what they said were bombs. But police refused to comment in those incidents on whetherthey actually had explosives.

U.S. News // 59 minutes ago
Democratic candidates tackle healthcare, climate in Nevada debate
Feb. 19 (UPI) -- Democratic presidential candidates laid out their plans for the future of healthcare and climate action in America during a debate in Nevada on Wednesday.

U.S. News // 3 hours ago
Weinstein jurors ask to re-examine emails, testimony; seek clarification on charges
Feb. 19 (UPI) -- Jurors in the sexual misconduct trial of Harvey Weinstein sought to review documents and clarify the charges lobbied against him on Wednesday. 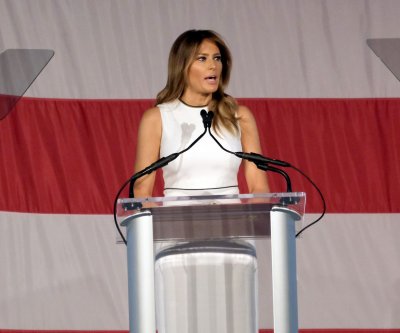