Questions and answers about Grenada

Q. Where is Grenada?

A. Grenada is the smallest country in the Western Hemisphere, about twice the size of Washington, D.C., and is located 90 miles north of Venezuela in the Windward Caribbean island chain. It has a population of about 110,000.

Q. Why is such a small island of military concern to the United States?

A. The administration said the island is in a strategic position toward the shipping lanes of the South Atlantic and the Caribbean. The Cubans, with Soviet support, were building a 10,000-foot runway at Port Salines that they said was for tourist aircraft but that U.S officials believed could have been used by Soviet and Cuban military aircraft.

Q. What were the political conditions on Grenada when it was invaded?

A. A coup by Marxist Maurice Bishop overthrew the government elected in 1979. Bishop was allied with Cuba, but was assassinated by military figures who suspected he was seeking accommodation with the United States and regional island states. A shoot-on-sight curfew was in effect.

Q. Under what legal basis did the United States intervene?

Q. What political support did the United States have for its action?

A. Virtually none outside those participating in the invasion. Britain, Canada, Italy, France, and West Germany were displeased with the military option. There was concern it would fuel protests against the deployment by NATO in December of new American nuclear missiles and support arguments that Reagan is quick to resort to a military solution. The Soviet bloc used the invasion to counter criticism of its occupation of Afghanistan.

Q. What is immediate task of the United States in Grenada?

A. President Reagan has promised U.S. forces will be withdrawn as soon as resistance ends. This could drag out because of Cuban forces engaging in guerrilla tactics. Congressional critics will seek to remove the troops under the War Powers Resolution.

Q. Must the United States organize a government?

A. It is expected the governor-general, Sir Paul Scoon, who represents the head of state, Queen Elizabeth II, will be asked to restore the island's post colonial constitution of 1973 and set up the mechanics for elections.

Q. How does this affect Cuba and leftist Nicaragua?

A. Reagan has employed direct U.S. military force against Cuban troops for the first time. It could happen again. The administration has threatened to go to the source to stop arms shipments to guerrillas in El Salvador. Reagan says those Soviet bloc arms go through Cuba to Nicaragua. Cuba knew it had no real military option and those who look to Havana for support know it too. 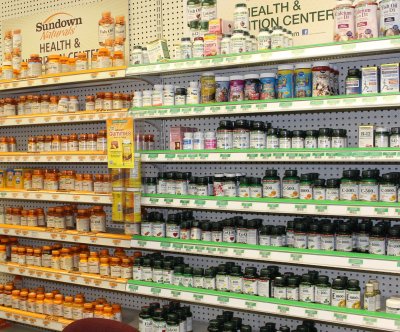 Odd News // 5 hours ago
Woman wins more than $75,000 from birthday gift lottery ticket
Oct. 27 (UPI) -- An Alberta woman who won a lottery jackpot of more than $75,000 said the scratch-off ticket was a birthday present from a friend.