The 16-man ruling Revolutionary Military Council lifted a curfew for four hours to allow the island's 110,000 people to buy food and said none of the 1,000 Americans in the Caribbean nation was harmed during the fighting.

''Not one American citizen has been harmed, neither has any other foreign citizen in Grenada been harmed in any way,'' a spokesman for the military said, branding as ''lies'' State Department concerns for Americans' safety.

The spokesman said the military ''will not tolerate any such lies being used as a pretext for a military landing in Grenada.''

In Washington, Pentagon sources said a 10-ship task force carrying 1,900 Marines in the eastern Caribbean was headed toward Grenada to signal to the new Marxist rulers that the United States was ''concerned for the safety of U.S. citizens.''

''There are not going to be any landings or anything like that,'' one source said. ''This is not to be construed as a provocative act.''

Several Caribbean leaders, led by Prime Minister Milton Cato of St. Vincent, said they were ''alarmed and surprised'' by the movement of the U.S. flotilla, but others said the sending of Marines to the area was natural.

''I fully understand and expect that they should do that,'' said Deputy Prime Minister Lester Bird of Antigua. ''They would be remiss if they did not.''

Army troops on the Marxist-led nation 90 miles north of Venezuela broke up crowds during the curfew and took up posts with ''rifles at the ready'' at strategic points in the capital, St. George's, according to one foreigner.

''They were obviously alert and ready for trouble at any moment,'' the foreigner said.

Some witnesses said Bishop was executed after he surrendered to army troops supporting a more radical Marxist, Deputy Prime Minister Bernard Coard, the apparent leader of the coup within the ruling New Jewel Movement.

The State Department advised Americans to avoid travel to the island until the situation was ''clarified.'' It said all of the 1,000 U.S. citizens in Grenada were believed to be safe and apparently were not the target of any violence.

Cuba denounced the ''savage'' killing of Bishop and said ''the guilty deserve an exemplary punishment.''

U.S. officials have accused Cuba of involvement in the overthrow of Bishop, who accepted Cuban economic aid and was so close to Havana that he became known as the ''black Fidel Castro.'

At least three private citizens have been arrested including Grenadian journalist Alister Hughes, his businessman brother and Coca Cola plant manager Tony Rupert. Their fates were not known.

Caribbean leaders flew to Trinidad in preparation for a weekend emergency heads of government meeting of the Caribbean Community, a grouping of 13 former British colonies, to discuss sanctions against Grenada.

Jamaican Prime Minister Edward Seaga canceled diplomatic and trade relations with Grenada and called for Grenada's expulsion from the group, which is essential to the island's economy. 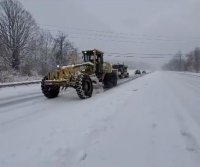 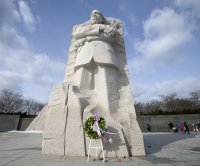 World News // 4 hours ago
China decides not to sell tickets to public for Winter Olympics in Beijing
Jan. 17 (UPI) -- The Beijing Winter Olympics Organizing Committee announced Monday that tickets will not be sold to the public but will be distributed "exclusively" to residents of the country who meet strict COVID-19 requirements.

World News // 9 hours ago
Oxfam: Billionaires' wealth grew by $5T amid pandemic while 160M forced into poverty
Jan. 17 (UPI) -- The two years of the pandemic have exacerbated the gap between the haves and have nots with the world's billionaires seeing their fortunes balloon while more than 160 million people have been pushed into poverty.

U.S. News // 11 hours ago
Tuskegee Airman Charles McGee dies at age 102
Jan. 17 (UPI) -- Brig. Gen. Charles McGee, a decorated Air Force pilot and one of the last surviving members of the Tuskegee Airmen, the all Black squadron of World War II, has died. He was 102.

World News // 19 hours ago
Prince Harry seeking right to pay for police protection in Britain
Jan. 16 (UPI) -- Prince Harry is engaged in a legal challenge for the right to personally pay for protection from British police when visiting the country.
Advertisement