WASHINGTON -- The Supreme Court Tuesday derailed an attempt by survivors of the Peoples Temple mass murder-suicide to sue the government for $65 million for allegedly withholding crucial information about the cult.

The justices refused without comment to consider whether survivors of the 1978 Jonestown, Guyana, tragedy have the right to sue U.S. officials for failing to warn of the imminent collapse of the cult or to take any action to stop it.

Survivors Thomas and James Bogue, Monika Bagby and Teena Turner and the parents of Kathy Richardson, who died in Jonestown, sued the CIA, the State Department, the Department of Justice and the House of Representatives.

The case was dismissed by U.S. District Judge Stanley Weigel in San Francisco after an attorney for the survivors failed to inform all the defendants that they had been sued and failed to diligently pursue the lawsuit.

The heart of the complaint charged that Peoples Temple leader Jim Jones had been in the service of the CIA since 1963 and, thus, the government should have known of the oppressive and explosive conditions at the jungle encampment.

'There has been information that has come to me that would indicate a large amount of mind controlling drugs and supplies of weapons were being kept and used by Jim Jones at Jonestown with the consent, knowledge and aid of the Central Intelligence Agency of the United States,' lawyer Robert J. Bockelman told the court.

On Nov. 18, 1978, Jones ordered the entire cult to commit suicide by drinking a poison-laced soft drink after temple 'security forces' killed Rep. Leo Ryan as he left for the United States with a dozen defectors.

Ryan had gone to the South American compound to investigate reports that people were being held against their will. Many of those who refused to drink the poison potion were shot. In all, some 900 people died.

Ms. Bagby, Ms. Turner and Thomas Bogue were defecting from the cult with Ryan when he was killed at the Port Kaituma airstrip. They were wounded by gunfire from cult loyalists.

The case was thrown out by Weigel after Bockelman failed to serve each of the defendants with a copy of the lawsuit within 40 days, as required by the local rules in the Northern California federal court.

Bockelman argued to the 9th U.S. Circuit Court of Appeals that his failure should be excused because the case was complex, extensive investigation was needed, he was unaware of the 40-day rule, the rule was harsh and Weigel should have considered lesser alternatives.

'The first two reasons are frivolous; the third is substantially untrue; the fourth is wrong; and the fifth is contradicted by the (court) record,' the appeals court said in rejecting his claims. 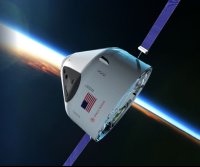 U.S. News // 16 hours ago
Trump declares political journey is 'far from over' to close CPAC 2021
Feb. 28 (UPI) -- Former President Donald Trump hinted at another run for president in 2024 in his first speech since leaving office to close out the Conservative Political Action Conference on Sunday from Orlando, Fla.