A kite-flying expert became entangled in the lines of...

LONG BEACH, Wash. -- A kite-flying expert became entangled in the lines of his craft and plunged 100 feet to his death Saturday during an attempt to recapture a world record.

Steve Edeiken, 30, Venice, Calif., died of multiple injuries after his ankle became caught in the lines of the 115-foot by 250-foot Jalbert parafoil kite.

Edeiken, launch director for the Edmonds Community College students who made the kite, was trying to regain the world record for the biggest kite ever flown. The Dutch took the record from the school some time ago.

'The kite had great difficulty being launched throughout the day,' Steve Lamb, owner of a kite shop in Lincoln City, Ore., said. 'It turned out to be a disaster.'

'The kite roared into the air. It was a frightening spectacle. There was a sudden gust of wind that spirited the kite' into the air, tethered by 250-foot lines that were attached to two dump trucks filled with sand, Lamb said.

'I didn't notice anyone had been caught in it and had been overwhelmed by the sight of the kite. Suddenly I saw a figure dropping from out of the sky.

'I rushed to the scene where it landed. The doctors said his heart burst on impact and he was killed instantly,' Lamb said.

In order to reclaim the record, the kite had to reach an altitude equivalent to the width of the kite and hold it for two minutes, which it apparently did, despite the fall.

Another attempt to fly the huge kite, made by the college students, had been made Aug. 28 but had been scrapped due to bad weather, Lamb noted.

'Steve Edeiken was one of the most well-known figures in the world of modern kiting,' Lamb said. 'As the creator of the Rainbow Stunt Kite, he revolutionized the sport of kite-flying. His colorful trains of maneuverable kites became one of the most popular kites in America.'

The nylon kites designed by Edeiken, a major kite retailer, were sold singly or in a set of six, one representing each color of the rainbow. They were tethered together by three lines of equal length, flown by two lines, he said.

Odd News // 19 hours ago
Clerk convinces woman to buy $1.4 million lottery ticket
Nov. 29 (UPI) -- An Australian woman who won a lottery jackpot of more than $1.4 million said a store clerk talked her into buying the ticket that earned her the windfall.

Odd News // 20 hours ago
Firefighters rescue puppy stranded under owners' deck
Nov. 29 (UPI) -- Firefighters in Iowa ended up pulling up the boards from a family's deck to free a puppy trapped underneath the structure.

Odd News // 20 hours ago
India man builds Taj Mahal replica house as gift for his wife
Nov. 29 (UPI) -- An India man paid tribute to his wife of 27 years by building her a house in the shape of a miniature replica of the iconic Taj Mahal.

Odd News // 21 hours ago
Message in a bottle launched from Florida crosses Atlantic Ocean
Nov. 29 (UPI) -- A beachcomber on a British Channel island found a message in a bottle that turned out to have been launched off the Florida coast nearly two years earlier.

Odd News // 21 hours ago
Deer breaks into New Hampshire school, leaves antler behind
Nov. 29 (UPI) -- Police responding to a potential burglary at a New Hampshire elementary school said they responded to find the "suspect" -- a deer -- was still inside the building. 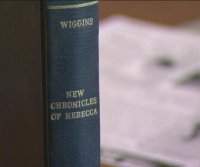 Odd News // 22 hours ago
Overdue book returned to Idaho library after 110 years
Nov. 29 (UPI) -- An Idaho library is hailing the return of an overdue book that was checked out from a now-defunct library 110 years earlier.