WASHINGTON -- Former Secretary of Defense James Schlesinger was so concerned that Richard Nixon might try to retain the presidency by calling out the Marines that he drew up possible military counter maneuvers, a new report says.

'Schlesinger began to investigate what forces could be assembled at his command as a counterweight to the marines if Nixon -- in a crisis - chose to subvert the Constitution,' Pultizer Prize-winning reporter Seymour Hersh wrote in the August issue of Atlantic Monthly.

Schlesinger's fears were met with skeptism by the Joint Chiefs of Staff, the article said.

'In essence,' Hersh wrote, 'Schlesinger asked Brown for a commitment that neither he nor any of the other chiefs would respond to an order from the White house calling for the use of military force without immediately informing Schlesigner.'

Brown relayed the message to the other chiefs, and Hersh quoted one of them: 'We sat around looking at our fingernails; we didn't want to look at each other. It was a complete shock to us.'

''If there was any consensus,' the chief says, it was that 'Schlesinger was coming unglued,'' Hersh wrote.

But Schlesinger, who could not be reached for comment Thursday, 'remains proud of his decision,' Hersh said.

The article also claimed, on the basis of talks with unidentified former aides to Ford and Alexander Haig, that Nixon put pressure on President Gerald Ford the day before he pardoned him, Sept., 8, 1974.

Hersh writes: 'Nixon's message was blunt, according to those few White House aides who knew of the private call: If Ford did not grant him a full pardon, he, Nixon, was going to go public and claim that Ford had promised the pardon in exchange for the presidency, because Ford was so eager to get it.'

The 20,000-word article stops short, however, of asserting that Ford, as vice president, struck a deal on the pardon before Nixon resigned Aug. 9, 1974.

There was no reaction from either Ford or Nixon.

One driving force behind Schlesinger's move, he said, was his suspicion of Gen. Robert Cushman, former Marine commandant who as deputy director of the CIA 'had ordered agency support for a series of illegal escapades involving ... members of the White House 'plumbers' team.'

Reached by telephone Thursday and told of the article, Cushman laughed and said, 'Oh God.' Asked for comment, he said, 'Well, I can't sue him for libel but he could probably sue me so I've got no comment.'

Schlesigner, however, went ahead with investigating 'just which forces would be available to Nixon,' Hersh wrote.

'He found out how quickly the 82nd Airborne Division could be brought to Washington from its home base at Fort Bragg, N.C. The Marines, he learned -- Cushman's troops -- were by far the strongest presence in the Washington area.

U.S. News // 36 minutes ago
Potent storm to bring flood threat, gusty winds to Hawaiian Islands
The entire island chain of Hawaii is being put on alert for downpours heavy enough to trigger flash flooding along with gusty winds into the middle of the week.

Health News // 2 hours ago
During lockdowns, women took on most of burden of childcare
Despite being locked down during the pandemic, childcare responsibilities often fell on women's shoulders, a new study shows. 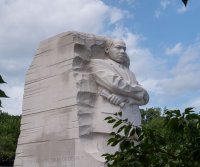