WASHINGTON -- Congress has voted to use the full power of the federal government against those who tamper with food and drugs in cases like the cyanide poisoning of seven Chicago residents last year.

By a 292-0 vote Monday, the House passed legislation that would allow the FBI and other federal agencies to immediately enter tampering cases, and would provide penalties up to life in prison if death results.

Later in the day, a companion bill was approved by voice vote in the Senate. The bills will now go to a Senate-House conference where the differences will be resolved.

Both bills would make it a federal crime to tamper with the product, label or container of any food or drug if the individual knows the tampering will cause death or bodily injury.

The legislation also would punish anyone who falsely claims that a product has been tampered with, or who threatens to tamper with a product.

States now have jurisdiction over such crimes and the FBI can be called in only if thereis a threat of extortion, as happened in the case last fall when seven people in Chicago died after taking Tylenol poisoned with cyanide, crimes that never have been solved.

There were several copycat poisonings and attempts in the next few months.

The bill would cover only products that are consumed or ingested, plus such products as cosmetics, laundry detergent and disposable diapers. It would not cover non-personal items such as lawn mowers and motor oil.

The cyanide-Tylenol deaths last September prompted McNeil Consumer Products Co., Tylenol's manufacturer, to pull the aspirin substitute off the market. It has been re-introduced in new tamper-resistant package, which the Food and Drug Administration now requires for most over-the-counter medications. 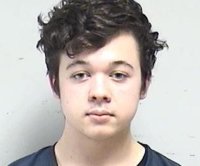 Science News // 4 hours ago
Brain prosthesis that may restore some vision shows promise in monkeys
Dec. 3 (UPI) -- Scientists have for the first time used a high-definition brain prosthesis to stimulate shape perception in monkeys, demonstrating the technology's potential as an aid for the blind.

Odd News // 5 hours ago
California monolith becomes the third to appear and disappear
Dec. 3 (UPI) -- A silver-colored metal monolith has been discovered in California, shortly after similar monoliths in Utah and Romania were discovered and subsequently removed.