WASHINGTON -- A firm partly owned by the son-in-law of Alabama Gov. George Wallace got a state permit for a hazardous waste landfill in 1977, then sold the site months later to a giant company facing widespread allegations in the EPA controversy.

James Parsons, husband of Wallace's daughter Bobbie Jo, collected at least $500,000 in royalties last year from Chemical Waste Management Inc., now the owner of the site at Emelle, Ala., one of his former partners confirmed Wednesday.

On Monday, United Press International quoted a former chief chemist at the landfill as saying Chemical Waste Management, a subsidiary of the nation's largest waste disposal firm, improperly dumped high levels of known cancer-causing chemicals at the site and had lax safety practices.

Dean Buntruck, chairman of the billion-dollar parent firm, Waste Management Inc., told a news conference Wednesday the company has asked an outside independent counsel to investigate allegations that the firm has broken laws at its facilities in seven or more states.

At company headquarters in Oak Brook, Ill., Buntrock said he had 'the strongest possible confidence in the quality and integrity' of the firm's operations. However, he acknowledged Chemical Waste Management withheld from Illinois officials information about shipment of toxic dichlorobenzidene to its Calumet City, Ill. landfill, which had no authority to dispose of that substance.

UPI reported recently the company benefitted from at least two decisions by former Environmental Protection Agency chief Anne Burford, who hired a lawyer for the company, James Sanderson, as a top adviser.

Alfred Chipley, director of the land program for Alabama's Department of Environmental Management, said in an interview it was only about a year from the time Parsons and his partners purchased 300 acres of Sumter County land in Western Alabama to the date they sold out to Chemical Waste Management.

He said he had 'no reason to believe ... whatsoever' that the Parsons group, known as Resource Industries of Alabama Inc., had acquired the property and permit as a front for Chemical Waste so it would not face public opposition.

Ira Drayton Pruitt, an attorney from Livingston, Ala., who worked for Wallace's 1972 presidential campaign, helped incorporate the Parsons group.

Chipley said Parsons and one of his partners, Mark Gregory, a Memphis, Tenn., engineer who now has a management job with Chemical Waste at the site, were the 'two active representatives' in seeking a permit. He said he received no pressure to act in their favor.

He noted that in 1977, when the first permit was issued without a public hearing, there was no federal law for licensing toxic waste landfills and the permit was issued fairly quickly under a state solid waste disposal law.

Chipley said he had not previously met Parsons but that after the first meeting 'somebody told me, 'That was the governor's son-in-law that was just in the office.''

'My frank reaction was, I wish he hadn't been -- for rather obvious reasons.'

David Wilder, another partner from Memphis, said in a telephone interview that besides him and Parsons, original owners in the landfill included James Massey of Memphis, and six members of a Memphis engineering firm owned by Gregory and Wesley Grace.

He said the group decided on its own to open the site, because numerous firms had contacted Massey's Memphis incineration facility about disposing of wastes and there seemed a strong market. He said they sold out after Chemical Waste Management approached them several months later because 'they had more expertise in the chemical waste business than we did.'

'We decided that with the liabilities and the risks that were there, it was better for us to sell,' he said.

Wilder said he, the firm of Gregory, Grace and Associates and Massey each received 24 percent shares and Parsons got a 28 percent interest. Wilder said Parsons served as company president and ran day-to-day operations, so he was given a larger interest.

Wilder said the Emelle site generated sales of $25 million to $30 million in 1982, and that he collected about $500,000 in royalties, meaning Parsons got a slightly larger share. Sources told UPI that Parsons and the other previous owners split $1.7 million in royalties during one seven-month period alone.

Neither Parsons, Wallace's campaign treasurer during his successful run for a fourth term as governor last fall, nor Gregory could be reached for comment.

Despite allegations from ex-employees, Chipley said his office has 'seen nothing wrong' with the company's Emelle operations, which now exceeds 1,000 acres.

'There have to be facilities to handle this darned stuff,' he said. 'Therefore, if anybody -- and I don't care who it is -- comes along with a proposed permit that meets all the ... requirements, that's not a choice we have. That's a duty we have.'

Ed Brashier, a former technical chief for Chemical Waste Management at the Emelle site, has told UPI that wastes containing more than the permissble limit of PCBs -- known cancer-causing agents -- sometimes were buried at the site. 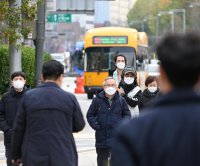 U.S. News // 4 hours ago
Ad Council announces $50M plan to promote COVID-19 vaccinations
Nov. 24 (UPI) -- The Ad Council has announced it plans to launch "one of the largest public education campaigns in history" in an effort to encourage Americans to get vaccinated against the coronavirus.

Health News // 5 hours ago
COVID-19 mild in most children, study finds
COVID-19 is mild is most children, a new study says, but certain children have a higher risk of severe illness.

Health News // 7 hours ago
Study: Age of parents key to whether kids get vaccinated against COVID-19
Younger parents are much less likely than older ones to plan to vaccinate their children and themselves against COVID-19.