The scheduled 19-game round robin series involving NFL All...

LOS ANGELES -- The scheduled 19-game round robin series involving NFL All Stars could lead to a settlement in the 3-week-old strike, NFL Players Association officials believe.

'I think it will have some king of possitive impact on getting the negotiations moving,' Dave Meggysey, an assistant to NFLPA executive director Ed Garvey, told a news conference Tuesday.

NFL players representing the American and National West divisions will meet next Monday night in the Coliseum in the second All-Star game if the current strike continues.

The game, sponsored by the NFL players association, will be shown over 70 percent of the United States over the Turner Broadcasting Systems Super Station WTBS and at least 90 network affiliates and independent stations.

NFLPA representatives refused to disclose the roster of players for either the first All-Star game Sunday at RFK Stadium in Washington, D.C., or Monday's game in Los Angeles.

Game times will be 4 p.m. EDT in Washington and 6 p.m. PDT in Los Angeles.

Alexander said he believed the All-Star games would help the players get 'back into the swing of things' and 'relieve a certain amount of pressure on players who may begin to feel the pinch of not earning their funds.'

NFL players are seeking ways to earn money during their 22-day-old strike, with some Los Angeles Rams having auditioned for bit parts on a couple of television shows to tide them over until the strike is settled, Alexander said.

'We had planned for a series of All-Star games to utilize our players while we're on strike,' Alexander said. 'We're pleased that we're able to continue playing. We think eventually this matter will be settled.

'We will have a season. It may not be as long as the one we've had in the recent past ... but in the meantime we have an alternative approach and we think it's an exciting brand of football because we're utilizing the very people you're accustomed to seeing in a regular NFL season.

Alexander said the players would arrive in Los Angeles Tuesday night and Wednesday morning to prepare for the game.

An NFLPA spokesman said each player would be paid a minimum of $3,000 per game, and winning team members would get an extra $1,000 bonus. He said the players' regular season earnings average $83,600. The players also will be insured against career-ending injuries by Lloyds of London.

Alexander said he believed the effect of the games on stalled NFL negotiations to end the strike would 'show to our management that we are serious about what we're doing and ... we're prepared to do what it takes to further our position.'

Robert Wussler, executive vice president of the Turner Broadcasting System, said more than 90 television stations in 87 markets -- including the top 40 -- were committed to carry the games and the number probably soon would exceed 100 stations.

The game will be blacked out for a 35-mile radius of each broadcast station in a market where the game is being played, unless the game is sold out 72 hours in advance, Wussler said.

The play-by-play will be handled by Tom Kelly in Washington and Chick Hearn in Los Angeles. Ex-NFL stars Alex Hawkins and Roy Lee Jefferson will handle the color for the Washington game.

The games will be produced by Emmy Award winning producers Bob Seizer and Roy Hammerman.

Health News // 4 hours ago
Obesity in teens raises adult diabetes risk, even after weight loss
In a finding that confirms what many suspect, a new study shows that teens who are overweight or obese may be more likely to develop type 2 diabetes or have a heart attack in their 30s and 40s.

Science News // 4 hours ago
Finnish company will test tiny, wooden satellite in space
June 22 (UPI) -- An educational space company in Finland, Arctic Astronautics Ltd., plans to launch a tiny, 2-pound satellite made mostly of wood this fall as a science experiment to encourage interest in space. 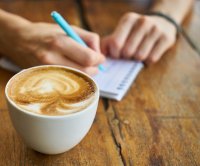