Oilman Toddie Lee Wynne, oilman and investor in a...

DALLAS -- Oilman Toddie Lee Wynne, oilman and investor in a pioneer rocket-launching company, became ill on Matagorda Island early today and died on a private jet en route to Dallas. He was 85.

A Presbyterian Hospital spokesman said Wynne apparently suffered a heart attack and was dead on arrival at the hospital at 4:42 a.m. CDT.

Wynne was on the island for the attempt at the first rocket launch by Space Services Inc., the company which wants to pioneer the private satellite launching business. The countdown for the launch of the rocket began at 3 a.m. CDT.

Wynne owned a ranch on 10 miles of the southern end of the island, the only privately held land on the long, narrow barrier island. The launch was to take place on his land.

Wynne is president of American Liberty Oil Co. in Dallas.

Wynne, with his nephew, Angus G. Wynne Jr., developed the Wynnewood Residential District in Dallas and the Wynnewood Shopping Village in the 1940s and 1950s.

In 1956, he and his nephew began developing the Great Southwest Industrial District in the Arlington-Grand Prairie area between Dallas and Fort Worth. Six Flags Over Texas amusement park is located in the district.

Funeral services will be at 2 p.m. Friday at Highland Park Presbyterian Church.

Odd News // 11 minutes ago
Muddy dog rescued from Texas storm drain
May 20 (UPI) -- Animal rescuers in Texas fished a muddy dog out of a storm drain and were able to reunite the canine with his owner.

Odd News // 7 hours ago
Boredom steers Maryland woman to $25,000 lotto win
May 20 (UPI) -- An unidentified woman in Maryland cured her boredom by buying a lottery ticket that led to $25,000 in winnings. 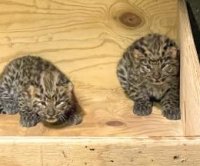 Odd News // 1 day ago
Paper plane takes record-breaking 252-foot flight in South Korea
May 19 (UPI) -- A trio of paper aircraft enthusiasts broke a Guinness World Record in South Korea when they sent a folded plane for a flight of 252 feet, 7 inches. 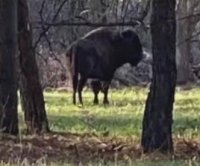 Odd News // 1 day ago
Officials working to capture escaped bison in Illinois
May 19 (UPI) -- Forest preserve officials in Illinois said they aim to have a bison on the loose since September 2021 captured safely by the end of May.