NEW YORK -- Fire officials said today the four-alarm fire that roared through the top of the unfinished Trump Tower skyscraper in midtown Manhattan was started accidentally and not by arson as reported earlier.

A workman trapped in his crane high above the fire had to be rescued by firefighters.

Fire Chief John Fogarty said when the fire was put out that the way the flames exploded in the building showed it was 'definitely, absolutely, positively arson.'

But seven hours after the blaze, fire marshals investigating the cause disagreed. Deputy Fire Commissioner John Mulligan said: 'It was accidental.'

'Salamanders. Salamanders to heat freshly poured concrete. That's what caused it. They poured the concrete yesterday and were keeping it warm overnight,' said Mulligan.

The four-alarm blaze tore through the top three floors of the 27-story uncompleted building at 4:59 a.m., sending a dozen workers on the top floor fleeing to the street.

More than 120 firefighters fought the blaze, which was declared under control at 6:16 a.m. No injuries were reported.

Thomas Bracken of Yorktown Heights, N.Y. was 40 feet above the fire in the cabin of the crane and watched helplessly as the fire spread through the building's uppermost floors.

Firefighters doused the crane with water to cool it, then scaled it to rescue Bracken unharmed.

'I was a little nervous,' Bracken told reporters before he was hustled away for questioning by fire marshals.

'He had no injuries, but maybe an emotional injury' said Lt. James Curran who climbed the crane. Bracken reportedly refused medical treatment.

Fogarty had said it was highly unusual that the fire would so quickly engulf the top three floors of the and indicated arson.

'It's a classic sign of arson,' Mulligan agreed later on, 'but the experts, the fire marshals, found out it was the salamanders.

'Fogarty's job is to fight fires. The marshals' job is to find the cause and effect,' Mulligan said.

A similar fire erupted in the Trump Tower 2 months ago, Fogarty said. No cause was listed for that blaze.

Trump Tower, when completed, is to be a 66-story luxury condominium complex.

Odd News // 36 minutes ago
Dog reunited with family after 11 months on the loose in Chicago
Nov. 30 (UPI) -- A dog that ran away from her owner's home was reunited with the family after spending nearly a year on the streets of Chicago. 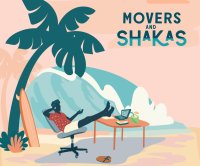 Odd News // 4 hours ago
Unicyclist completes 450 juggling catches in 1 minute for new record
Nov. 30 (UPI) -- An Idaho man put his balancing skills to the test by breaking the Guinness World Record for fastest juggling while riding a unicycle.