DALLAS -- A jury Thursday recommended a 10-year prison sentence for a former church deacon convicted in a scheme stemming from his sale of interests in a bankrupt movie that starred four Dallas Cowboys football players.

William Gene Chaffin was found guilty of three felony counts charging him with the sale of unregistered securities, not having a state license and fraudulently inducing a Dallas man to invest $15,000 in the 1979 movie 'Squeeze Play.'

Jurors recommended a 10-year prison sentence on the first count, five years on the second and five years probation on the third count. The first two sentences were to run concurrently, said a clerk in the court of State District Judge John Obard.

Prosecutors accused Chaffin, a former First Baptist Church of Dallas deacon, of swindling $75,000 from 11 people in 1979 by selling them shares in the movie or using loans he solicited for personal benefit.

Chaffin, 44, admitted he made the sales and solicited the loans without disclosing that a petition of involuntary bankruptcy had been filed against the film's production company.

He told the court he considered the bankruptcy 'immaterial' because he believed the film was about to be sold for a 100 percent profit. The movie was not sold and is tied up in a federal bankruptcy court.

Authorities said Chaffin also had filed for personal bankruptcy and declared his inability to pay about $700,000 in debts to investors and creditors of the movie.

The creditors included an elderly man who had invested his retirement funds, authorities said.

The Cowboys who starred in the movie were Ed 'Too Tall' Jones, Thomas 'Hollywood' Henderson, Jay Saldi and Drew Pearson.

U.S. News // 35 minutes ago
House expected to pass Equality Act in move to expand LGBTQ protections
Feb. 25 (UPI) -- The House is expected Thursday to pass one of President Joe Biden's top legislative priorities -- a proposed law that would extend protections against discrimination based on sex, sexual orientation or gender identity. 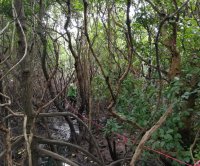 U.S. News // 1 hour ago
'Average' hurricane season may need to be redefined, forecasters say
There are fewer than 100 days until the 2021 Atlantic basin hurricane season begins and you may be asking yourself, "Wait, didn't the last season just end?"

World News // 2 hours ago
First real-world study shows Pfizer-BioNTech COVID-19 vaccine 94% effective
Feb. 25 (UPI) -- The coronavirus vaccine developed by Pfizer and BioNTech has performed as well in real-world conditions as it did in clinical trials, according to the first study of its kind of the COVID-19 era. 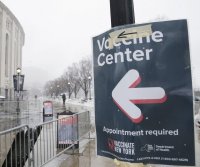 Health News // 6 hours ago
Study: Switch to plant-based diet may protect brains of older women
If you want to protect yourself against dementia, heart disease and cancer, you might want to get your protein from nuts instead of juicy red steaks.