WASHINGTON -- Robert Poli, who defied President Reagan by leading the Professional Air Traffic Controllers Organization on an illegal strike last August, said Thursday he is resigning as its president Jan. 6.

'The decision I've reached is the most terribly difficult one that I have ever made,' Poli told a packed news conference.

'I only hope the Reagan administration sees fit to resume the normal operation of aviation in this country and restore all of the fired air traffic controllers to their positions.'

But in California, a White House spokesman said 'there is no change in the president's position' on rehiring the 11,400 controllers fired shortly after the Aug. 3 walkout. Reagan said they could work again for the government, but not in civilian control towers.

Poli, describing himself as 'a symbol of the strike,' said he has always believed that if he became a stumbling block to progress, he would step down. He said with a new year beginning, 'The time is right.'

Asked if his decision meant PATCO also would finally call off its failed strike, Poli said that would be up to the new president, who will be named in a few days.

Along with Poli, union Executive Vice President Robert Meyer is resigning Jan. 6. He was in Chicago Thursday.

Seven members of PATCO's National Executive Board are to confer via conference telephone hookup at noon EST Friday to elect a new national president, said Charles Josey, the union's southwest region assistant vice president. Poli's successor, expected to be selected from the board, will not be announced until Monday.

'I have no regrets about the issues. I don't think my members do,' said Poli, whose union was decertified as bargaining agent for civilian controllers in October. 'PATCO is not dead. Bob Poli has simply resigned. PATCO will go on.'

PATCO still has picket lines at some sites across the country, but the daily union rallies of the early days are long gone and many members have other jobs.

The union, facing more than $40 million in court fines, has filed for reorganization under bankruptcy statutes.

Poli, a 44-year-old Pittsburgh native who worked in Pittsburgh and Cleveland air traffic control facilities before moving into national leadership, called the ill-fated strike after negotiations broke down with the Federal Aviation Administration on a new contract.

Poli said he did not yet know what he would do, but hw will stay in Washington and plans to go ahead with his long-postponed wedding to his fiance, Diane Kirkpatrick, a travel agent. Their wedding was originally scheduled for September.

Reagan warned the controllers they broke an oath as federal employees not to strike and said they would be fired if they did not return to work. Two days later, Aug. 5, the dismissal process began.

Earlier this month, he lifted a ban on letting the fired controllers take other federal jobs, but he remained firm Thursday that they may not return to civilian air control towers.

In Palm Springs, Calif., Deputy Press Secretary Larry Speakes said the president stood firm in his decision not to rehire the controllers, and that his statement reflected the views of Reagan and Transportation Secretary Drew Lewis.

'While the president is certainly sympathetic to those who are out of work as a result of the strike action, we have offered them an opportunity to re-enter government service,' Speakes said.

Air travel was severely disrupted during the first few days of the walkout. But the FAA, using supervisory personnel, controllers who refused to strike and military controllers, implemented a contingency plan that cut flights and evened out peak flying periods, eventually building commercial air traffic back to about three-fourths of pre-strike levels.

Although international traffic was chaotic the first week because of actions by sympathizing controllers in other countries, PATCO was unable to obtain much more than moral support from the American labor community.

Other union leaders were troubled by the illegality of the strike and by the fact PATCO acted independently without consulting the others.

Poli, whose term did not expire until 1983, came to the presidency in 1980 when the militant union became dissatisfied with its former president, John Leyden. Poli has a reputation as a fighter, although, with his prematurely gray hair and full beard, he looks more like a university professor than a militant union leader. 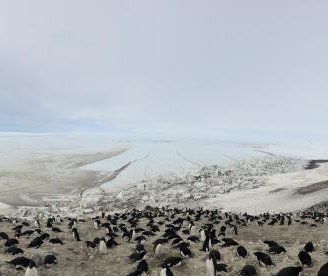 Health News // 2 hours ago
Flu vaccine may lower risk for severe COVID-19, study suggests
Oct. 28 (UPI) -- People who received the flu vaccine in the year before testing positive for COVID-19 are nearly 2 1/2 times less likely to be hospitalized with a severe form of the disease than unvaccinated adults.

Odd News // 2 hours ago
Store employee clocks out, wins $72,796 lottery jackpot
Oct. 28 (UPI) -- A North Carolina man ended up earning more than expected in a single work day when he scored a $72,796 lottery prize at the store where he works.

Odd News // 3 hours ago
Vermont woman reconnects with South Korean family after 44 years
Oct. 28 (UPI) -- A Vermont woman who got separated from her family at a South Korean market when she was only 2 years old was reunited with her mother and siblings in a video chat 44 years later. 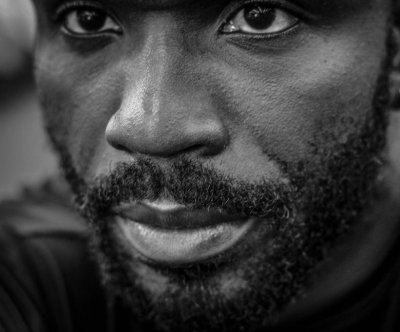 U.S. News // 4 hours ago
Boeing to slash 7,000 jobs due to pandemic, 737 Max crisis
Oct. 28 (UPI) -- U.S. aeronautical company Boeing announced it's slashing more than 7,000 jobs as it deals with the economic fallout of the COVID-19 pandemic and the ongoing disruptions caused by malfunctions with the 737 Max aircraft.