Brig. Gen. James Lee Dozier, 50, of Arcadia, Fla., was taken from his apartment in Verona and 'carried away' by unidentified terrorists at 12:30 p.m. EST, a Pentagon spokesman said.

Dozier's wife, Judith, was left in the apartment, the spokesman said.

Few details of the kidnaping were available immediately and there was no indication whether Dozier or his wife was injured.

Health News // 5 hours ago
Researchers unsure about COVID-19 reinfection
Researchers wonder whether a recovered COVID-19 patient could contract the virus again and, if so, whether a second round of infection would be milder -- or even more debilitating.

Science News // 5 hours ago
NASA, SpaceX expect to battle storms again for Saturday launch
ORLANDO, Fla., May 30 (UPI) -- NASA and SpaceX will battle storm clouds again in Florida on Saturday during what could be the second attempt in four days to launch astronauts to the International Space Station.

U.S. News // 11 hours ago
Developing system could be earliest 3rd tropical storm on record
An already active Atlantic hurricane season -- which hasn't officially begun yet -- could take a turn for the record books with a new disturbance that looks poised to strengthen. The season officially begins Monday. 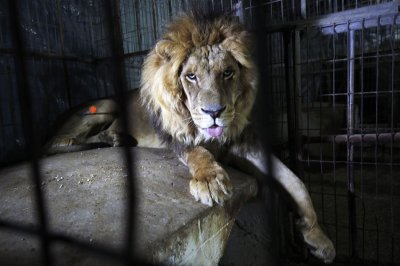