President Reagan was shown a chunk of rotting cheese...

WASHINGTON -- President Reagan was shown a chunk of rotting cheese today during a meeting with the nation's agricultural leaders as an illustration of the economic troubles facing American farmers and dairymen.

The president, in a pep talk with the heads of 16 farm organizations, urged their continued support for his economic recovery programs and said he is dedicated to obtaining a farm bill by the end of the year. The bill now is stuck in a congressional conference committee.

Agriculture Secretary John Block said the bill could not be accepted 'the way it is written now.'

'I would have to recommend a veto,' he told reporters outside the White House.

The farm leaders expressed overall support for the president's program, but there apparently were differences at the meeting between the administration chiefs and leaders of the dairy community.

'There was a suggestion it's going to take longer to turn the dairy program around and that we should not be too hasty,' Block reported. 'There was not a specific objection to the suggestion that we have to hold the line.'

Block hauled a five-pound block of yellow cheese, turning green along an edge, from a box and held it up for the cameras.

'We've got 60 million of these that the government owns. It's moldy, it's deteriorating ... we can't find a market for it, we can't sell it, and we're looking to try to give some of it away,' he said. 'It is illustrative of what we are up against as we accumlate these dairy products.'

He said the administration wants in the farm bill more 'accomodations with the dairy area so that we would have some flexibility to turn the costly dairy program around.'

But Block said the farmers have shown 'substantial support.'

'It doesn't mean that all farm organizations agree on how to get and accomplish what we want, because they never have,' he said. 'At the same time, ... the rural countryside is strongly behind the president's programs and I know that for a fact. There are some differences in specific areas but I don't think there is any question that he has support across the land.'

Reagan had a busy schedule today, also meeting with labor leaders and a group of businessmen who were named to a new task force on private initiative to promote jobs among the unemployed.

In terms of touching all bases the president has invited state, municipal league and county officials to confer with him later in the week.

On the homefront, White House officials were happy to have the Justice Department take the leading role in the Richard Allen affair, with the announcement Tuesday the investigation of the $1,000 accepted by the national security adviser from Japanese journalists for an interview with Nancy Reagan has been dropped.

William Mullins of Shabbona, Ill., president of the National Corn Growers Association, said the leaders 'expressed a lot of concern of the various depressed prices and depressed attitudes of the farm community, but we also believe very strongly in the president's economic recovery program.

'We feel we need a compromise on this farm bill. We need to get it passed and work for the free trade that he assured us we would have today. This is where we're going to have profitablity in the agriculture community, is through selling our product, not through government support programs'.

He said farmers and dairymen 'have tools available to get by the rough times as long as we have the opportunity to participate in the good times ... the good prices will come if we get the economy straightened out.'

Frank Mitchener, of Sumner, Miss., president of the National Cotton Council, said the farm bill 'as was written by the Senate will do what we need to do for agriculture. So we support it very strongly.'

Block, when asked if farmers are better off now than last year, said the economic crunch has hurt the American agricultural community.

Odd News // 2 hours ago
Sloth bear rescued from well in Indian village
Dec. 8 (UPI) -- Wildlife authorities in India rescued a sloth bear that fell into a well while feasting on sugarcane in a village. 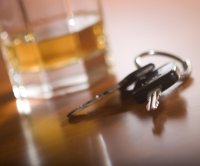 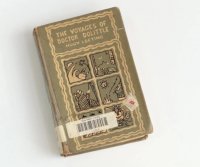