The ex-wife of former Vice President Henry A. Wallace's...

Mrs. Wallace, who said she lost her husband's affections after a double mastectomy, had sought half of the $15.5 million holdings of her former husband, Henry Browne Wallace, 65, of Colorado Springs. She grew up in 'humble' surroundings with no indoor plumbing, court records said.

Lawyers for Mrs. Wallace, 54, who has been married five times, said she did all she could to make her marriage a success. 'There is absolutely no evidence that Mrs. Wallace was other than a fine woman and that she made every effort to make this marriage a happy and contented one,' court papers said.

'When she was afflicted with a physical problem (cancer) that necessitated a double mastectomy, her husband's interest diminished and he began to look elsewhere for companionship.'

Wallace's net worth is estimated at $15.5 million. He is the former manager of Hy-Line International, a laying hen company. Court records indicate his wealth came almost exclusively from gifts from his mother and inheritance of Pioneer Hy-Bred International stock from his father, a vice president under President Franklin D. Roosevelt in his third term.

'From life in a humble dwelling with no indoor plumbing, Betty J. Wallace assumed a position in high society with virtually unlimited power to purchase whatever she pleased whenever she wished to do so,' the ruling said.

'Moreover, the award was not unreasonable in light of the assets available to the husband, did not diminish appreciably any opportunities for investment or spending that he might have wanted to pursue and did not frustrate the intentions of those who originally gave or bequeathed those assets to him.' 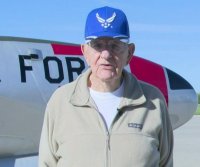