Egyptian president Anwar Sadat and US President Jimmy Carter confer in the Oval Office of the White House in Washington prior to the peace treaty signing on March 26, 1979. File photo UPI | License Photo

Anwar Sadat and Jimmy Carter during the Peace Treaty signing at the White House in Washington on March 26, 1979. File photo/Al Ahram/UPI | License Photo

Egyptian president Anwar Sadat and US President Jimmy Carter confer in the Oval Office of the White House in Washington prior to the peace treaty signing on March 26, 1979. Sadat was assassinated by fundamentalist army officers on 6 October 1981. File photo UPI | License Photo

Officials said five other dignitaries, including a Coptic Christian bishop and two foreigners, were killed and 38 were wounded, among them Egypt's defense minister and three American military observers.

Sadat, shot in the chest and shoulder, was rushed to Maadi armed forces hospital in a coma, his military uniform covered with blood. He died two hours later at 8:40 a.m. EDT after undergoing surgery and open heart massage, an official medical bulletin said. He was 62.

A doctor, his face streaming with tears, emerged from the operating room and broke the news to Sadat's wife Jihan with a Moslem saying, ''Only God is immortal.'' Mrs. Sadat, who had watched the parade from a box just above the reviewing stand where her husband was shot, collapsed in tears, witnesses said.

The bulletin, signed by 11 doctors, said there were two wounds below the left nipple, a third in the neck and a fourth in the right arm. The left hip was also fractured.

''The president's death was ascribed to severe nervous shock, internal bleeding in the chest cavity and damage to the left lung,'' the bulletin said.

The death of Sadat, architect of the peace treaty with Israel and America's closest ally in the Arab world, plunged both Egypt and the Middle East into a turmoil that could profoundly affect both the Camp David peace process and the influence of the United States in the Arab world.

In Washington, the Pentagon ordered the Rapid Deployment Force to increase its readiness ''in case we have to move into the Persian Gulf if directed,'' a defense official said.

Mobarak said Parliament Speaker Soufi Abu Taleb will serve as interim president until elections in two months to pick a permanent successor -- who without doubt will be Mobarak himself.

Abu Taleb immediately announced a state of emergency banning all street demonstrations for a full year. He also named Mobarak chief of the armed forces, confirming the vice president's position as the successor to Sadat's power.

In Beirut, a group calling itself the ''Independent Organization for the Liberation of Egypt'' claimed responsibility for the assassination. Observers said the group appeared to be connected to exiled Lt. Gen. Saad Eddin El-Shazli, a former chief of staff and a virulent opponent of Sadat and his Middle East peace policy.

A truck suddenly stopped, and five soldiers jumped out, running toward the grandstand where Sadat was sitting, flanked by Mobarak and Defense Minister Gen. Abdel Halim Abu Ghazala.

One of the assailants hurled a hand-grenade that hit the grandstand's fence and then exploded. Another jumped over the fence, firing a Soviet-made AK47 rifle. The three others also opened up with AK47's and a second grenade was hurled.

In Washington, Sen. Charles Percy, R-Ill., chairman of the Foreign Relations Committee, told reporters following a classified 75-minute briefing by Secretary of State Alexander Haig: ''So far as I know, the best as I can understand it, it was a group of Egyptian officers and enlisted personnel perhaps working with and in sympathy with the fundamentalist Islamic movement.''

Sadat recently cracked down on Islamic fundamentalists, arresting hundreds of activists and putting all the mosques in Egypt under state control.

Initial reports said the attackers were either killed or captured. One soldier wearing the purple beret of an artillery officer was dragged to a jeep and driven away.

Troops surrounded the national palace, the state radio and several embassies. But these were apparently precautionary measures and there were no indications that Sadat's assassination was part of a coup attempt.

While Libyans danced in the streets of Tripoli and Palestinian guerrillas fired their guns in joy in Beirut, a deep sense of shock swept the Western world, from the capitals of the United States and Israel to the gold markets of Switzerland.

Addressing those fears, Mobarak pledged Egypt would ''honor all international charters, treaties and commitments'' and ''march in his footsteps, along the path of peace."

''Our hands will not cease to push the wheel of peace,'' he said, choking over the words.

Similar pledges to pursue the peace process Sadat launched so dramatically with his historic visit to Jerusalem four years ago came from Israel, where Prime Minister Menachem Begin shook visibly as he said Sadat had been ''murdered by the enemies of peace."

''Today I lost not only a partner in the peace process but a friend,'' said Begin, who shared the 1978 Nobel Peace Prize with Sadat.

President Reagan called the assassination ''an act of infamy, cowardly infamy. America has lost a close friend, the world has lost a great statesman, mankind has lost a champion of peace.''

The dead Egyptians were identified as Bishop Samuel of the Coptic Orthodox Church, a member of the five-man council running the church, Samir Hilmi, director of the government's accounts department, and Maj. Gen. Hassan Allam, Sadat's chief aide-de-camp.

At least 38 other people, including Defense Minister Gen. Abdel Halim Abu Ghazala, were wounded in the attack that occurred at 6:40 a.m. EDT in the eastern Cairo suburb of Nasr City as Sadat was reviewing a massive military parade begun two hours earlier to mark the 1973 Middle East war.

In Washington, the State Department said three American military observers were among the casualties but were not seriously hurt. They were identified as Air Force Lt. Col. Charles Loney, 42, of Austin, Texas, Air Force Capt. Christopher Ryan, 34, of Sacramento, Calif., and Marine Maj. Jerald Agenbroad, 36, of Bruneau, Idaho.

U.S. Ambassador Alfred Atherton, on the reviewing stand with Sadat, was not hurt.

The attack occurred while Mirage jetfighters were performing maneuvers overhead, releasing red, black and white streams of smoke for the Egyptian colors.

While Sadat gazed skyward, five soldiers leaped from the truck and raced towards him, lobbing two grenades into the stands and blasting it with automatic rifle fire.

The first shots were confused with fireworks.

''But then came the crash of two grenades followed by heavy machinegun fire and everyone hit the ground, throwing themselves on top of each other,'' said Patricia Ochs, an American free-lance reporter who was in a guest stand 150 feet from Sadat.

''Bullets flew everywhere, there was screaming and chaos and lots of smoke and dust,'' she said.

Sadat, seated in a padded chair next to Mobarak and Abu Ghazala, slumped over as security agents rushed to surround him. Bodyguards fired at the attackers, killing or capturing most of them, witnesses said.

A pandemonium of shots, shouts and screams erupted as ambassadors, generals and other dignitaries fell wounded or hurled themselves to the floor of the reviewing stand to escape the gunfire.

Abu Ghazala, his face streaming with blood, struggled to his feet to direct the initial rescue efforts on the reviewing stand, turned into a maze of overturned chairs and bodies, many motionless.

Live television coverage abruptly stopped. The state radio continued to broadcast for a few minutes and an unidentified man was heard shouting an obscenity while another ordered the audience to remain seated.

''The leader who had the love of millions has been martyred,'' Mobarak told the stunned nation five hours later.

''The man who gave his blood, sweat and life to his nation is martyred. The leader was assassinated by criminal and treacherous hands.''

In Beirut, Palestinian guerrillas fired their machineguns in the air to celebrate the death of the man who stunned the world in November 1977, by traveling to Jerusalem to make peace with Israel at what the Palestinians felt was their expense.

Libya's official news agency said Libyans danced in the streets of their capital of Tripoli, celebrating the ''revolutionary blow to imperialism.'' Libyan leader Moammar Khadafy smiled at the news of Sadat's death and warned that any other Egyptian leader who followed the slain president's ''path'' will ''meet the same end.''

Gold soared $16 on European exchanges within moments of the news Sadat had been shot and a Zurich dealer said the market was going ''crazy.''

Born of peasant stock, Sadat began his career as one of the firebrand revolutionaries who rose to power with Egypt's fiery Gamal Abdel Nasser.

He ascended to the presidency upon Nasser's death in 1970, expelled Soviet advisers, led Egypt through its fourth war with Israel in October, 1973, and to outrage of his Arab allies and the admiration of the world, led Egypt down the even more risky road of making peace with the Jewish state.

The breakthrough in the process launched so dramatically when Sadat visited Jerusalem in 1977, came 16 months later when Sadat, Begin and then President Carter signed the Camp David accords leading to the first peace treaty between Israel and an Arab state.

After Camp David, most Arab states broke diplomatic relations with Sadat, who responded by denouncing his critics as short-sighted and by moving Egypt ever closer to the United States and two presidents, Carter and Gerald Ford, each of whom he referred to as ''my friend.''

All of this time, Sadat's life was continually at risk. Plots to assassinate him were frequently uncovered and most of them were blamed on Libya.

Several weeks before his death, Sadat charged the Soviet Union with trying to topple his government by provoking religious strife between Moslems and Egypt's minority Coptic Christians.

He ordered a sweeping crackdown on political opponents and religious leaders he accused of seeking to turn Egypt into another Iran. He expelled the Soviet ambassador and reacted furiously to news reports suggesting the crackdown was dictatorial.

But if Sadat, as president, had the powers of a dictator, he exercised them benevolently for the most part, giving Egyptians greater freedoms than they had ever had.

He also had a reputation for standing by his friends -- even if it meant putting his own political standing at risk. Despite American reluctance, he invited the late shah of Iran to spend his dying days in Egypt, declaring he could not abandon an old friend.

Sadat died at the same hospital where the shah succumbed to cancer in July, 1980. 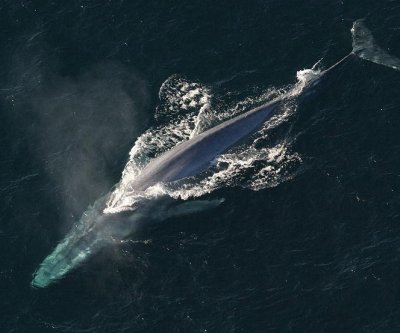 Science News // 2 hours ago
Blue whale singing patterns reverse when they start to migrate
Oct. 1 (UPI) -- Researchers discovered blue whales sing mostly at night during the summer, but start singing during the day as fall turns to winter.

Odd News // 2 hours ago
Pickup truck leaves Florida road, ends up in swimming pool
Oct. 1 (UPI) -- The Florida Highway Patrol said a driver was not injured when his pickup truck left the road and ended up plunging into a resident's backyard swimming pool.

Odd News // 2 hours ago
Entangled deer rescued from hammock in New York state
Oct. 1 (UPI) -- A New York state animal control officer and a wildlife rehabilitator came to the rescue of a buck with its antlers entangled in a resident's hammock.

Odd News // 2 hours ago
Class ring lost decades ago found in yard of owner's former home
Oct. 1 (UPI) -- A man who lost his class ring from a college in New York state was reunited with the ring when it was found decades later in the yard of a house where he used to live. 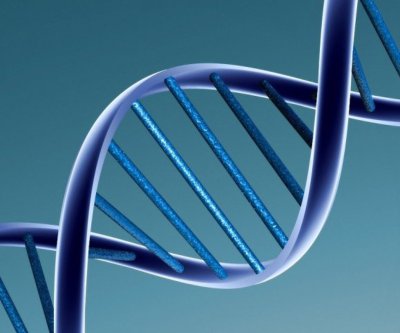 Health News // 3 hours ago
Genetics might explain some cases of cerebral palsy
Genetic problems cause about 14% of cerebral palsy cases, and many of the implicated genes control the wiring of brain circuits during early fetal development, new research shows. 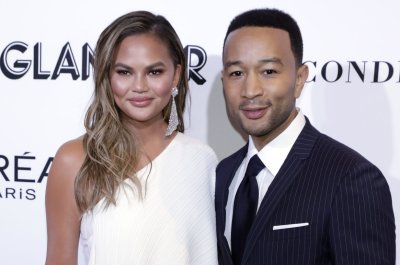