Britons took the first three places in the Berlin...

Two other countrymen, John Robert Shaw and John Bicourt, finished in the first 10.

The runners were helped on their way by Turkish folk groups and American dancers who lined the route.

The youngest competitor also was a Briton, 10-year-old Cherry Page, and American handicapped runner Peter Strudwick, a well-known name in marathons around the world, took part with the stumps of his legs in special shows.

The spirit of the day was to take part rather than to win. Those who gave up on the way could take a free bus ride to the finish -- the start number was recognized as a ticket.

The most famous guest was Kitei Son, who won the marathon in Berlin in 1936 for Japan and lives today in Seoul as a Korean. He drove the route that was the scene of his success 45 years ago with tears in his eyes.

Science News // 57 minutes ago
Boeing's Starliner to launch uncrewed test flight to International Space Station
ORLANDO, Fla., May 19 (UPI) -- A ULA Atlas V rocket is scheduled to blast off from Florida at 6:54 p.m. EDT for Operation Flight Test-2 of Boeing's Starliner spacecraft, an uncrewed mission to the International Space Station, after months of delays.

Health News // 57 minutes ago
As temperatures rise. workers in Southwest face health issues
It's getting hotter and hotter outside due to global warming and, as a result, outdoor workers in southwestern states are increasingly vulnerable to heat-related illnesses. 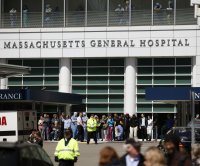 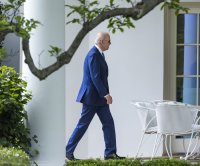 U.S. News // 8 hours ago
Surge of heat to bring hottest weather since last summer to Northeast
High temperatures ranging from the upper 80s to the mid-90s are on the way for close to 100 million people in the Northeast this weekend.